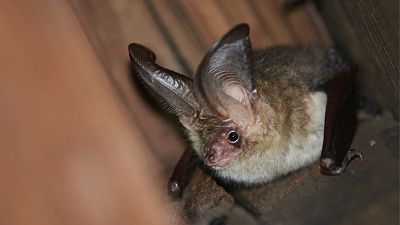 It’s time to bust out the Halloween decorations. But why waste your time with plastic ghosts and ghouls when you could attract real bats to your garden?

Building a bat box is a great way to get into the Halloween spirit - and also to protect an endangered species, says wildlife expert Sean McMenemy.

“Bats are mammals like us and have a long association with humans, frequently living alongside us in our houses and outbuildings,” he explains.

“Like humans, they only have one baby a year (or sometimes even less) and so every life is precious.

“The loss of any habitat can take many years or even decades to recover due to their slow breeding rate.”

The International Union for the Conservation of Nature (IUCN) lists 40 per cent of all bat species as either Threatened with imminent extinction, Near Threatened or Data Deficient.

Declining insect numbers - brought about by the increased use of pesticides and global warming - also pose an existential threat, as increasing numbers of bats go hungry.

In Europe, there are 53 species of bats, which make up 20 per cent of all indigenous mammal species.

How to attract bats to your garden this Halloween

Bats are a great addition to the garden, McMenemy says.

“Bats are not rodents and therefore do not chew wood, wiring or any other material,” he explains.

“Being a natural bug deterrent and harmless in the home, bats should be welcome in every garden. In fact, without the ability to share our accommodation, many species would become extinct!”

The creatures are nocturnal insectivores and fly around consuming huge numbers of night-flying insects including biting gnats, mosquitoes and moths.

One way of attracting bats is by inviting moths to your garden by planting night-scented flowers. These include:

Careful planting is key to giving bats a safe haven

“Bats use echo location, rather than sight, to navigate, sending out high pitched sounds and listening to the returning echoes,” Ark Wildlife advises.

“Certain garden features such as walls, fences and hedges all create useful navigation routes for bats to use while hunting.

“Imagining navigating your own garden by echo location will help you work out the best areas to plant for bats.”

How to build a bat box

Another great way to welcome bats to your garden is to install a bat box.

To hibernate, bats seek out discreet crannies where they are safe from predators, and can stay warm and dry through winter. Wooden bat boxes provide the traditionally spooky creatures with a safe place to roost and raise their pups.

The little houses look like a bird nest box, with a narrow slit on the underside rather than a hole in the front.

You can buy a batbox from McMenemy’s Ark Wildlife, or download a diagram and assemble your own.

Don’t be afraid to install more than one bat box. Bats use different roosts throughout the year, changing locations depending on weather and breeding, so they’ll appreciate more than one home.