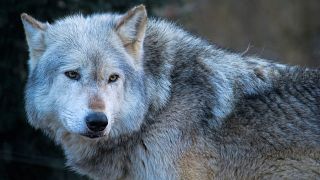 Bears, wolves, and bison are making a comeback across Europe, new research has revealed.

The animals are among 50 expanding species tracked in the new European Wildlife Comeback report.

From loggerhead turtles and Eurasian otters to humpback whales and wolverines, many previously-struggling species have made ‘spectacular’ recoveries.

“Wild nature is resilient and can recover if conditions are suitable,” the report declares.

Which species are recovering in Europe?

The 2022 Wildlife Comeback Report does not sugarcoat the biodiversity crisis.

Much European wildlife remains under threat. Nearly one in eight birds and around one in five mammals are still at risk of extinction on the continent.

However, the report shows “reasons for optimism” in analysing many of the species that have made impressive comebacks.

Wolves are one of the most iconic populations to experience a resurgence.

Grey wolves used to roam across the continent. But they nearly disappeared in the 20th century, as humans encroached on their habitats and hunted them down.

The brown bear is another carnivore making a comeback thanks to these efforts. Since 1960, populations have increased by 44 per cent.

In every type of habitat, some animal species have increased. Grey seal numbers have increased by 6,273 per cent since 1971. At the start of the 20th century, there were just 1,200 beavers in Europe. Now, there’s over a million.

European bison populations meanwhile have increased by 399 per cent since 1971.

The large herbivore - one of the few surviving megafauna animals in the world - is a ‘keystone’ species, helping to maintain partially wooded landscapes by eating huge amounts of shrubbery.

Most of these triumphant recoveries are thanks to hunting bans, dedicated reintroduction efforts, and habitat restoration.

Why is it important to reintroduce species?

It’s easy to support conservation for cute, cuddly animals. But when it comes to carnivores, people can have reservations.

Animals like bears and wolves are often perceived as a threat to people and other animals. They’ve been the stuff of folklore for thousands of years, gobbling up sheep and shepherds in local tales.

But in the 21st century, the benefits of reintroduction far outweigh the threats.

Reintroducing and protecting vulnerable species improves the health of the entire ecosystem - often in complex ways.

“For example, Grey wolves in the Białowieża Primeval Forest in Poland have changed the distribution of (deer and wild boar) browsing, by scaring browsing species away from certain areas,” the report authors explain.

“In turn, this can lead to increased tree regeneration at these locations.”

Different species rely on one another in complex ways - think of the ‘food chain’ - so rebalancing population numbers can revitalise an area.

“[Our] hope is that this report will reinforce the message that whilst it can be complex, wildlife recovery and coexistence is not only possible, but essential for the health of our planet”, says Sophie Ledger, lead author of the report.

When it comes to predators, authorities can protect people who might suffer from a reintroduction. For example, farmers who lose livestock to wolf predation are entitled to complete compensation under EU law.