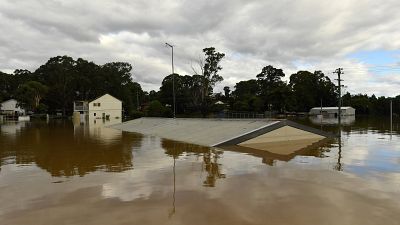 Flooding peaked in Brisbane, the Queensland capital, and Australia’s third-most populous city, on 28 February. The area was inundated by 80 per cent of its usual annual rainfall in just three days.

More than 20,000 homes and businesses ended up being flooded in southeast Queensland and 13 people died.

"There is no flood event that has occurred in this part of Australia like this in anyone's living or recorded memory,” says Australian PM, Scott Morrison.

Wettest start to the year on record

Sydney, Australia’s most populous city, located 730 kilometres south of Brisbane, has endured the wettest start to a year ever recorded.

Parts of the city were flooded after it received almost 75 per cent of its average annual rainfall since the start of the year.

The worst-hit communities were in the Lismore, Clarence Valley and Richmond Valley - local government areas of northern New South Wales. Many communities endured the highest floods ever recorded in their locations.

A state of emergency

The Australian PM declared a national emergency following the floods. According to Morrison, this will “ensure all our emergency powers are available and that we cut through any red tape we might face in delivering services and support on the ground."

It is the first such declaration since a law was passed in December 2020 in response to catastrophic wildfires last summer in the Southern Hemisphere.

While the rains have now eased, 40,000 people around New South Wales have been ordered to evacuate, including many of Sydney’s suburbs.

Michael Regan, Mayor of Northern Beaches, an area of Northern Sydney, says that part of the city has been hit with sudden flash-flooding and multiple landslides on Tuesday, with debris still blocking many roads on Wednesday.

“Australia is becoming a harder country to live in because of these natural disasters," says Morrison.

Watch the video above to see more about these floods.