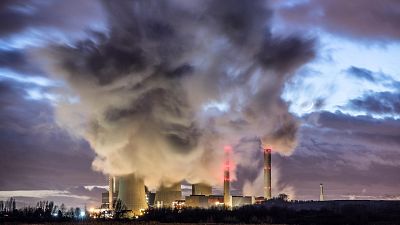 Most billionaires have quite a bad reputation when it comes to climate change. Not Mike Cannon-Brookes.

Cannon-Brookes, co-founder of software giant Atlassian and the third richest person in Australia, is known to be a keen supporter of the global transition to renewable energy - and quite a vocal critic of his country’s lack of action.

Frustrated with the government’s disregard of climate concerns, Cannon-Brookes believes he can make a difference. Last year, he pledged $350 (€313) million in personal funds to finance nonprofits fighting climate change and invest in projects promoting clean energy.

And with his $20 (€17.9) billion of net worth to back him up, Cannon-Brookes is now taking the matter into his own hands.

On 19 February, the billionaire made a bid to buy AGL, an electric company which owns three of Australia’s total 16 coal plants. Why? So that he can do what the Australian government won’t - shut them down for good.

Is it likely to happen?

It’s not yet clear if Cannon-Brookes is going to succeed in his mission.

His initial $8 (€7.2) billion bid was refused by AGL, who deemed the sum too low and Cannon-Brookes’s plan “unrealistic”. But according to Cannon-Brookes negotiations are still ongoing.

If his bid is accepted, Cannon-Brookes plans to spend $20 (€17.9) billion on replacing these coal plants with renewable energy plants.

If his bid is accepted, Cannon-Brookes plans to spend $20 (€17.9) billion on replacing these coal plants with renewable energy plants.

Prime Minister Scott Morrison is a strong opposer of the billionaire’s bid. The politician argues that shutting down the plants by 2030 will lead to a sharp increase in electricity prices.

But Cannon-Brookes promises that won’t be the case. He claims that the notice period required for closure is eight years, which is longer than required by law and plenty of time for the market to prepare for changes.

AGL would continue to provide electricity to the millions of customers it already serves - committing to buying external supplies if its own production doesn’t suffice.

The 42-year-old tech entrepreneur's plan could actually help the country transition to renewable energy, as the government currently has no clear plan in place.

What would the impact be?

The impact of closing AGL’s coal plants would be massive: the energy operator is currently the country’s biggest gas polluter, accounting for 8 per cent of Australia’s total emissions.

Australia currently has the highest emissions per capita in the world from burning coal for electricity.

Cannon-Brookes hopes to cut these emissions to zero by 2035.

Under the company’s current plans, AGL intends to keep its least efficient plant operational until 2048.

AGL is the biggest energy supplier in the country, serving one in three Australian energy consumers. A green revolution within the company would cause a real sea change across the country.

Cannon-Brookes’ bid is more than a billionaire’s philanthropy: it’s a chance for an entire country, torn between international pressure and a government hostile to change, to make a much needed commitment to sustainability.

Australia's PM sets 21 May as date for federal election

This underwater museum has a mission - saving marine life