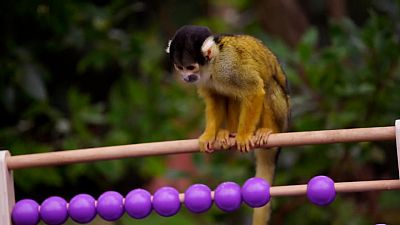 Keepers at ZSL London Zoo have kicked off the new year with a tricky task: counting the resident animals for an annual stocktake.

Penguins, lions, monkeys and camels were among the 400 species that the Zoo has to count every year for licensing and breeding reasons.

The task is also a good moment to celebrate the new arrivals.

The Reptile House also saw the hatch of three snappy big-headed turtles, whose parents were rescued from the illegal wildlife trade.

The task might seem to be easy and even fun at first glance but imagine trying to count the ants or the jellyfish. Well, the team member in this zoo have their tactics already; they count ant colonies as one instead of tracking hundreds of individual ants, while the aquarists take photographs of the moon jellyfish tank to help complete their count.

The annual audit usually lasts for almost a week. The Zoo shares the final data with other zoos around the world to help manage worldwide conservation breeding programmes for endangered species.

Watch the video to see how the count is happening.