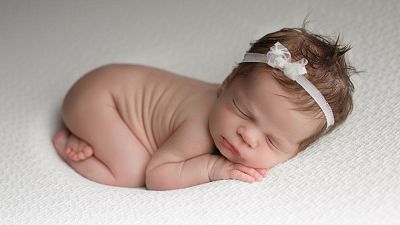 Pollution exposure may have changed the ratio of baby boys and girls born to millions of parents in the US and Sweden, according to new research.

The study found that mercury, chromium and aluminium pollution correlated with more male babies being born, while lead pollution increased the number of female babies.

A team at the University of Chicago and Karolinska Institutet, Stockholm, studied half of the US population (150 million) and the entire Swedish population (9 million), discovering over 100 possible factors that are also linked. As well as pollution, these included stress levels of parents, poverty, crime and unemployment in the area - and even weather temperatures.

How close families lived to farms also played a part, possibly due to higher exposure to chemicals.

Published in the journal PLOS Computational Biology, the study examined the North American population for over eight years and Swedish people for over 30 years - so the data is extremely comprehensive.

So how can pollution affect the sex of a baby?

The human sex ratio at birth (SRB) of babies is determined at conception when exactly half of embryos should be girls and half boys.

But scientists are aware that hormonal factors can terminate more embryos of either sex in different circumstances during pregnancy - meaning ratios are naturally skewed.

However, this new research suggests that both air and waterborne pollutants also affect SRB. The key word here is affect - they have found a correlation, rather than a cause and effect.

“There are a lot of myths about sex ratio and birth, but when you dig into the research, it turns out that everything that was tested on real data was done on relatively small samples, and some statements are not founded in observations at all,” Andrey Rzhetsky, lead researcher at the University of Chicago, told the Guardian.

This is the first systematic investigation of numerous chemical pollutants and other environmental factors using large datasets from two continents, say the researchers.

In a population of 1 million, that would mean 60,000 more girls than boys.

Factors that had the most significant impact on a baby’s sex, like mercury pollution and proximity to industrial plants, saw the ratio shift by up to three per cent. So in a population of 1 million, that would mean 60,000 more girls than boys, for example.

Past research on the impact of toxic pollutants (PCBs) on sex ratio has been inconclusive, but the new analysis found it substantially increased the number of boys.

"As worrying as this news may be, these are still only associations, not fact," said Gareth Nye, a lecturer at Chester Medical School, University of Chester in the UK, who reviewed the findings.

"And we must remember that there are millions of healthy children born every day, all over the world, in a range of environments."

But it’s important to remember, Nye added, that "anything we eat, drink or breathe has the potential to damage our body."