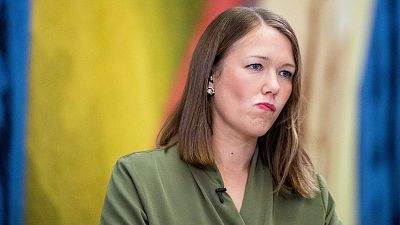 Norway's election was dominated by climate change and whether the country should end its lucrative oil and gas exploration.

Why, then, in environmentally conscious Scandinavia, did Norway's Green Party only get 3.8 per cent of the vote share?

That figure was a meagre 0.7 per cent increase in support, which is striking since matters like climate change, the fossil fuel industry and other environmental topics were at the top of the agenda for the voters in Western Europe's largest oil and gas-producing country.

"Other parties in Norway have cashed in on our hard work," said Norwegian former Green Party leader Rasmus Hansson on election night after the results had come in.

Nearly all parties had dubbed the September poll a "klimavalg" or climate election. Not even two weeks later, the Green Party in Germany managed to become the country's third party. Also in other European nations, greens have made electoral progress. Norway, along with Denmark and Sweden, do not follow this trend.

Other parties in Norway have cashed in on our hard work.

The Green Party did get into the Norwegian parliament again, because of enough votes in three constituencies in Oslo and the surrounding province of Akershus. In effect, this triples their presence in the Storting to 3 three seats. Hansson will take one of them.

Back during Norwegian election night, Hansson had an answer to the question of why their result was not as good as hoped.

"We were the ones to formulate and eventually win the argument. Many other parties have been surprisingly good at adapting their rhetoric of the new narrative," he said.

Competition among parties is exactly what made it tough for green parties in Scandinavia to break through like their colleagues in Germany and earlier also in Austria.

"None of the issues, that the Green Party was campaigning on in Norway, were unique to them," Dag Einar Thorsen, a professor of political science at the University of South-Eastern Norway, told Euronews.

"The disagreements between the Green Party and the others weren’t large enough either. All parties agree that at least something should be done about emissions and climate change. The difference is how to get there or where to prioritise investments."

A fairly similar trend is visible across Scandinavia, according to professor in political science Christoffer Green-Pedersen of Aarhus University in Denmark, who specialises in agenda-setting and party competition.

"It’s a crowded space," he explained. "Norway, Denmark and Sweden all have other parties who position themselves to the left of the main social-democratic force. These soft-left parties are quite common, in particular in Norway and Denmark and they already put the environment on the agenda in the ‘70s."

In the 2019 Danish elections, both the centre-left and centre-right blocs promised to expand the country’s world-leading offshore wind industry. The only environmental party, The Alternative, actually lost half its seats in the process.

Norway finds itself in somewhat of a dilemma when it comes to climate discussions - and decisions. On the one hand, virtually all of its electric power comes from hydropower stations. But at the same time, it’s Europe’s largest oil and gas producer after Russia.

Taxes on oil companies yield huge income for the government.

The fossil fuel industry puts hundreds of thousands of people to work and makes for the largest export sector. Taxes on oil companies yield huge income for the government and also partially add to the world’s largest sovereign wealth fund, with a value of more than US$1 trillion (€860 billion).

Successive Norwegian governments have been attempting to get the best of both worlds: not limiting the oil industry in output or exploration while greening the country in other areas - like tax incentives for electric cars.

The awkward balance was blown out in the open last week during the exploratory talks to form a centre-left government of the Labour Party, the Center Party (SP) and Socialist Left Party (SV). Oil exploration was promising to be a contentious topic, with SV demanding an end to it.

After a few days of talks, the Socialist Left Party leader Audus Lysbakken checked out of the spa hotel on a lake north of Oslo that served as the HQ for the talks. "We are very disappointed that there is no basis for a red-green government this time around," he said. Lysbakken had hoped to take "strong action" against the "climate and nature crisis".