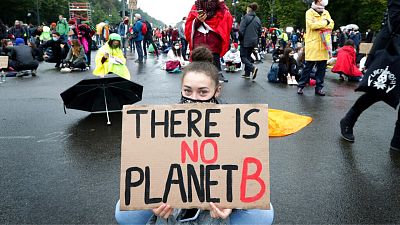 Many young people around the world are "extremely worried" about climate change, a new global survey has revealed.

The largest-ever of its kind, the study found that 75 per cent of young people in 10 countries believe "the future is frightening".

The study was led by Bath University in the UK in collaboration with five other universities and the Climate Psychiatry Alliance. It took in the views of some 10,000 16 to 25-year-olds across 10 different countries.

For the first time ever, it found that young people’s experience of "climate anxiety" is strongly linked to perceived levels of government action on the issue.

The participants hailed from the United Kingdom, Finland, Portugal, Brazil, France, Australia, the United States, India, Nigeria and the Philippines.

Among those surveyed 59 per cent said they were "very" or "extremely" worried about climate change. More than half of all participants reported feeling "anger", "fear" and "shame" while a full 56 per cent agreed with the statement "humanity is doomed".

Nearly half of the young respondents said climate anxiety and distress was affecting their daily lives. A little over half, 55 per cent, felt they would have fewer opportunities than their parents, while four out of 10 said the issue made them hesitant to have children.

The study, the full results of which will be shared later on Tuesday, raised the alarm over widespread psychological distress among children and young people globally linked to environmental damage.

Caroline Hickman is a co-lead author of the study from the University of Bath and the Climate Psychiatry Alliance.

“This study paints a horrific picture of widespread climate anxiety in our children and young people," she says.

“It suggests for the first time that high levels of psychological distress in youth is linked to government inaction.

“Our children’s anxiety is a completely rational reaction given the inadequate responses to climate change they are seeing from governments. What more do governments need to hear?”

What is the UK's CEE Bill and why does it matter so much?