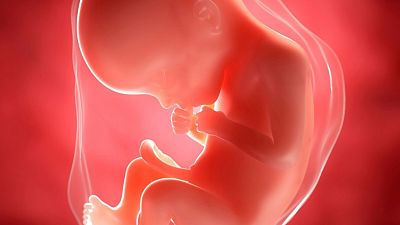 Children exposed to high levels of air pollution are more likely to experience problems with development in their adolescence.

A study from Columbia University, USA found that children raised in areas with toxic air are more likely to struggle with spelling, reading comprehension, and maths. This begins in the womb and affects them later in life through years of schooling.

Two hundred children from New York’s diverse, working-class neighbourhoods of North Manhattan and the Bronx were monitored for over a decade to understand the unnoticed effect of air pollution on their education.

This process starts from before the child is even born

PAH is the smoggy material released by coal, oil, gasoline, and other contributors to rising air pollution. Fetuses are highly vulnerable to external influences at this time and the study shows this includes poor air quality.

Measurements of PAH levels were taken from each child during their third trimester. Those same children were then tested twice: once on inhibitory control aged 10, and again on basic academic skills aged 13. Those exposed to toxic air from the womb found the tests harder to complete at both stages.

The World Health Organisation (WHO) estimates that 93 per cent of the world’s children under the age of 15 years (1.8 billion children) breathe air that is so polluted it “puts their health and development at serious risk”.

What is inhibitory control?

Inhibitory control is the process in which we override an old way of learning to incorporate new information into our skillset. Learning a new way to complete multiplication, or sound a vowel, for example.

“Children with poor inhibitory control are less able to override a common response in favor of a more unusual one—such as the natural response to say ‘up’ when an arrow is facing up or ‘go’ when a light is green—and instead say ‘down’ or ‘stop,’” says Professor Amy Margolis, from The Columbia Center for Children's Environmental Health (CCCEH).

Higher exposure to prenatal PAH was also “significantly associated” with poorer comprehension of letters and numbers later down the line at the age of 13.

Schools addressing academic underachievement in millions of children may well be chasing the wrong problem for this reason.

Poor performance in English and mathematics is often boiled down to a lack of understanding content, rather than the crucial - but little-known - developmental skills we are meant to hone early on in schooling.

Air pollution is not an even playing field

Ongoing research about air quality continues to discover valuable information about the effect pollution has on both our bodies and our minds.

A four year study in London is trying to make sense of how poor air quality in the UK capital city could be harming its youth. Stunted lung growth, chest infections, and severe asthma are just the tip of the iceberg.

It began in the wake of the inquest into the death of nine-year-old Ella Adoo-Kissi-Debrah, who died in 2013 following a severe asthma attack in South East London.

Nine-year-old Ella Adoo-Kissi-Debrah was the first person to have officially died from air pollution in the UK after a landmark ruling last month.

Geographer and writer @franciscarockey considers the role of environmental racism in Ella's exposure to toxic air.

Southwark Coroner’s Court ruled earlier this year that polluted air "made a material contribution" to her death.

Her mother, Rosamund Adoo-Kissi-Debrah, has campaigned for years to have her daughter’s passing recognised as such.

How can we stop this?

This and the results from CCCEH’s study piece together a concerning picture of children who, through no fault of their own, are involuntarily living in these environments.

“Like many health conditions, the harms of air pollution are not evenly distributed throughout society. Social determinants – factors like class, race, education and living environment – play a significant role in health and well-being,” writes Eleanor Salter, policy lead for a Green New Deal in the UK.

She argues that things will not improve without a complete transition away from fossil fuels.

“Severing this addiction to fossil fuels requires concerted and decisive action from local and national governments. It demands rapid decarbonisation and a total transformation of our current energy model.”