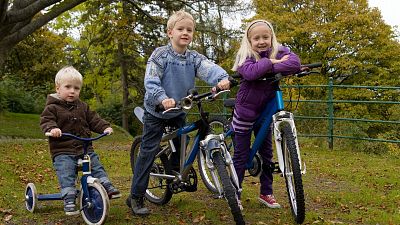 Scientists are trying to gauge the effects of London's air pollution by monitoring the health of school children's lungs.

A four-year-long study is underway in the UK capital to show whether attempts to improve the city's air quality, such as the Ultra Low Emission Zone (ULEZ), are having an impact on young people's health.

London has increasingly high levels of pollution. Last year in a groundbreaking case, a 9-year-old girl became the first person to have air pollution listed as a cause of death in the UK.

A second ULEZ in the city is planned to be in place as of October 2021.

Click on the video above to learn more about this story.

Germany's emissions will be reduced to 'net zero' by 2045