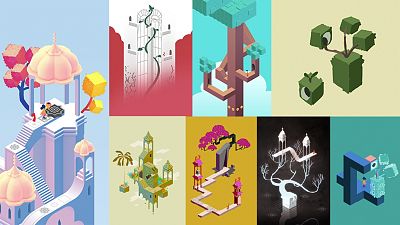 With more than two and a half billion players around the world, video games have become one of the most powerful entertainment mediums on the planet.

Now the UN is hoping to engage this huge community on the issue of climate change.

More than 30 different studios from across the gaming industry have come together to create innovative and inspiring “green activations” for their games. These are new features of messaging introduced by companies to highlight environmental themes such as conservation and restoration.

Called the Green Game Jam, the competition is part of the Playing for the Planet Alliance, facilitated by the UN and intended to bring climate issues to the gaming sphere.

So how do you take tree conservation and turn it into a game?

Entries for this year’s Green Game Jam included the first-ever video game climate walk, tree planting events that led to real-life restoration projects and the introduction of in-game consequences for exploiting the environment.

London based games studio, ustwo, was one of the competition’s five winners, taking home the Participants’ Choice award.

“We really want to harness the power of games to tell emotional and memorable stories that can be harnessed for a bigger impact,” says Jane Campbell, studio operations lead for the company.

For ustwo, that means adding forest conservation into the company’s complex puzzle game, Monument Valley II. Alongside learning about it in the game, players will also be linked to a petition called Play4Forests that brings together the gaming community to call on world leaders for action.

“It's really important that games companies are engaging their players on these themes of climate change. As a sector, the game industry has a huge unique opportunity to engage and captivate its audience,” she adds.

“As a company, we've also made significant commitments to do things like carbon footprint reduction, but also, I guess most pivotally, to use our platform for good.”

This isn’t the studio’s first foray into green games either. Published last year, Alba: A Wildlife Adventure allows you to play as a young girl helping to save nature on a Mediterranean island.

“We wanted our players to feel inspired by Alba to feel like you know that some of these actions that Alba has taken in the game are things that could definitely be carried out in the real world, too.”

Games where trees can talk to each other

To inspire developers on this year’s themes, leading minds and experts from the UN Environment Programme (UNEP) shared their lifetime of experience in preserving our forests and oceans. Back in March 2021, teams from each studio convened to take part in three workshops around the theme to help them with their green elements.

Campbell explains that the inspiration behind games can come from anywhere and, for her, it feels natural to use an opportunity to learn about forest preservation to create content.

“A particular workshop that really inspired us was the hidden life of trees workshop by Peter Wohlleben,” she says.

Wohlleben’s talk was based around studies in his book, The Hidden Life of Trees. It’s all about the idea that trees communicate with each other to help protect forests from threats.

“This idea of trees communicating and protecting other trees, we really want to kind of bring this all within some of the gameplay that we're going to be designing.”

Kristian Teleki, global director for oceans at the World Resources Institute, was one of the people who shared their environmental stories with the game studios.

Gamification offers the chance to weave environmental issues into a fun and inspiring experience.

“Many moons ago, I was a coral scientist and I spent a lot of time in the field and saw some amazing things,” says Teleki, “but during that time, I also saw that things were changing really rapidly. Our view of a pristine environment perhaps wasn’t true.”

When stories about ocean conservation like coral bleaching events, or the potential for marine environments to provide undiscovered medicines, are covered by media, it doesn’t always breathe life into the story.

Gamification, Teleki says, offers the chance to weave them into a fun and inspiring experience.

“I find this whole Playing for the Planet Alliance and the approach they’ve taken to engaging these gaming communities so exciting because I think for so many years it has been an overlooked opportunity.”

Opening the door to a wider conversation

With billions of people involved across the world, there is a chance to highlight the seriousness of climate change to an incredibly diverse network. Not just the doom and gloom either but the potential for real solutions - some of which could come from the games themselves.

Teleki says that in the past games have helped organisations like NASA solve problems that require a lot of computing power.

“I've often thought about the idea of citizen science. Are there ways that by playing a game you can crunch numbers and data to understand better?” he says.

The real opportunity in these virtual worlds, however, is to expose people to the idea that our responsibility to the planet is about more than just taking out our recycling. Though perhaps people are unlikely to have a massive enlightenment from gaming, Teleki adds, it opens the door to a wider conversation.

“What a remarkable opportunity to use this audience to nudge their behaviour in some way to really engage them on issues and reimagine what a world might look like in a different climate change scenario.”