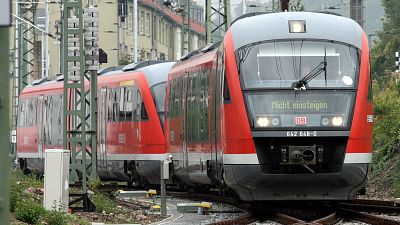 Germany's national railway operator has announced plans to reopen 20 stretches of rail across the country that have been closed for years.

State-owned Deutsche Bahn said on Tuesday that they hope to revive a total of 245 kilometres of the rail network.

The move is intended to help more citizens use freight trains as Germany steps up efforts to fight climate change.

Deutsche Bahn added that a team of experts had chosen the proposed routes after assessing around 1,300 kilometres of disused railways.

The selected routes for reopening include several suburban lines around the city's of Berlin and Düsseldorf, as well as other local country routes and a cross-border connection from Breisach in Germany’s southwestern corner to Colmar in France.

Jens Bergmann, a board member at Deutsche Bahn’s DB Netz infrastructure division, said more routes will be revived in the coming years.

"Our aim: we want to win over more people for the railway, get more goods on the tracks," Bergmann said in a statement. "Every kilometer of track is active climate protection," he added.

Planning building work is already underway on some of the proposed routes.

"After decades of withdrawal, it is the first important step back into the area," VDV added on Facebook.