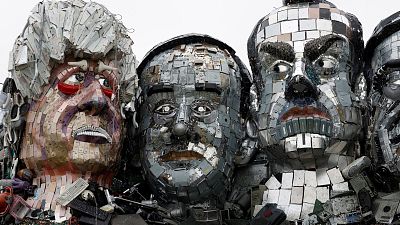 A UN report reveals that despite the popularity of home working and entertainment devices, the planet managed to curb its e-waste output in 2020.

Global electronic sales fell by over 6 per cent in the first nine months of a year dominated by the pandemic for many. The report estimates an unprecedented decline prevented 4.9 million tonnes of electronic waste from being produced.

The UN has taken the report as an opportunity to encourage governments to create pathways to better recycling processes for electronic goods.

Smart home technologies and personal devices are made up of too many intricate parts to recycle comprehensively in one go. Valuable materials, such as gold and copper, which are completely recoverable, are often left to burn or waste away in landfills.

Present solutions - outside of initiatives stemming from tech companies themselves - do little more than just export the problem elsewhere.

“This allows a little bit of breathing space, but not sufficient to solve the problem,” says UN co-author Kees Baldé.

“We’re recycling 17 per cent of our [e-waste] refuse, so we must increase more than fivefold in order to solve the problem.”

E-waste is a socioeconomic issue

Pre-pandemic readings in 2019 hit record highs and Europe and North America lay claim to creating almost half of all e-waste.

Not all is as it seems when it comes to the deeper outlook of the report. High-income countries, the biggest culprits in many cases, have actually contributed to the slump in a very minimal way.

The real losers are consumers in middle and low-income countries, who are not only tasked with sourcing the materials for many of our gadgets, but are now equally witnessing a “digital divide” where their gadget spending dropped by 30 per cent.

Much of their losses came in the form of essential household appliances, such as ovens, refrigerators, and washing machines.

At best, this suggests a newfound resilience towards repairing household goods.

At worst, it finds that economic strains attributed to COVID-19 mean everyday essentials are simply not getting replaced, creating a strain on the quality of life for people living in the Global South.

“The ability to adapt to digitisation and earn a living or simply to own and benefit from electronics is decreasing in some parts of the world. COVID-19 also revealed a digital divide in high-come countries, where many poor are left behind.”

Economic strains attributed to COVID-19 mean every day essentials are simply not getting replaced, creating a strain on the quality of life for people living in the Global South.

Why is e-waste so harmful to these communities?

Their concerns lie with the well-being of children. Mining and disposing of electronic components pre-and-post usage leaves them exposed to over 1,000 harmful substances with staggering implications on their health and personal development.

Outcomes can range from everything to chronic changes in lung function to DNA damage.

A child who eats just one chicken egg from Agbogbloshie, a waste site in Ghana, will absorb 220 times the European Food Safety Authority daily limit for intake of chlorinated dioxins.

Are our leaders listening?

Mount Recyclemore, an artwork made from electronic waste by Joe Rush and Alex Wreckage ahead of the G7 summit.

59 million tons of #ewaste was generated worldwide in 2019, and only 17.4% of it was recycled.#zerowaste is the solution ✅✅ pic.twitter.com/dgmkybngzO

For the most part, e-waste is not yet on the sustainability agendas of the world’s most influential politicians.

Our electronic consumption landscape has considerably shifted in the past decade and this is not reflective in government policy.

The EU’s Waste Electrical and Electronic Equipment Directive (WEEE) has not received an update since the 2000s and its last targets expired unsuccessfully in 2016.

A sculpture, titled “Mount Recyclemore”, made headlines at last week’s G7 summit in the UK by bringing this inaction to light.

Tech recycler musicMagpie and artist Joe Rush reimagined the classic American sculpture through an unflattering portrayal of the seven leaders made entirely out of e-waste.

It was placed for them to see as they flew into the shores of Carbis Bay, Cornwall, on their private planes, with the hopes they would use their time together to discuss new solutions.

"We have this looking at them and hopefully we're going to prick their conscience and make them realise they're all together in this waste business,” the sculptor told the BBC.

"It needs to be repairable or made to last longer because the stuff is going into landfill."