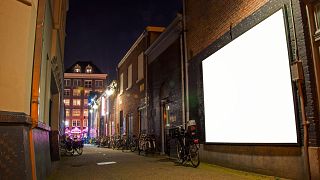 Amsterdam is set to be the first city in the world to ban ads from fossil fuel and aviation companies in a bid to reduce the ‘excesses’ of fossil fuel advertising.

This means that fossil-fuelled vehicles, such as petrol cars and flights, will no longer be advertised in Amsterdam subway stations or the city centre.

The new law follows mass movements in and around the capital which were headed up by the Reclame Fossielvrij (Fossil Free Advertising) initiative. The group co-ordinated a letter from over 50 local organisations demanding Amsterdam to go fossil free.

“The decision to ban fossil fuel advertising from subway stations comes at a crucial moment in the fight against climate change. Adverts that portray fossil fuels as normal worsen climate disruption and have no place in a city − or a country − that has complied with Paris,” says Femke Sleegers, coordinator of Reclame Fossielvrij.

Although the Dutch campaign has only targeted the capital, there are signs this same initiative could spread to other major cities in the Netherlands, such as the Hague, Rotterdam and Utrecht.

Is there any global pressure?

Across Europe, several grassroots campaigns against the advertising of fossil fuels have sprung up, receiving significant public support.

It encourages fossil fuel publicity to be regulated in a similar way to tobacco and alcohol advertising.

In the UK, the Badvertising Campaign also fights for a ban on fossil fuel advertising, using similar strategies to previous campaigns against tobacco ads, which were made illegal in the UK in 2007.

It encourages fossil fuel publicity to be regulated in a similar way to tobacco and alcohol advertising.

Leo Murray, founder of climate charity Possible, which aims to ban SUV advertising in the UK, has doubts over this strategy, and is keen to speed up the process.

“Although the campaigns against smoking were effective in the end, it took decades, and we don’t have enough time for it to take decades”.

In spite of this, Murray still has faith in bringing an end to fossil fuel advertising, thanks to the precedent set by this move from the Dutch.

“Now that it has happened in one European capital, and seems to be spreading throughout the Netherlands, it allows us to make similar changes here and to follow their precedent for making significant change. Now, in the UK, cities like Liverpool are having similar discussions about the future of fossil fuel advertising.”

Is advertising the key to a sustainable future?

In a world increasingly reliant on the internet and technology, serious questions remain as to how best to dismantle widespread fossil fuel ads. Many are quick to point out advertising’s immense power over consumption, and how, regardless of the medium, it encourages individuals to consume at unsustainable rates.

Murray points out the impact of advertising on human behaviour.

“All advertising promotes unsustainable levels of consumption, as most products advertised are products which no one needs. When people buy necessities, they buy them unprompted because there is an inherent need which doesn’t need to be advertised to them. In order to reverse the climate crisis, we need to target all advertising, not just fossil fuels.”

In spite of the need to target unsustainable consumption as a whole, the fossil fuel advertising ban is an important step forward in dismantling unsustainable behaviour, promising to inspire other countries to do the same.