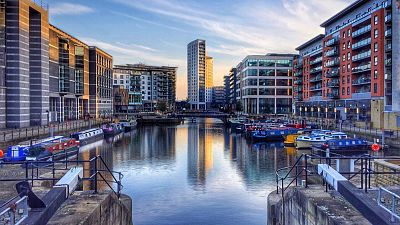 The UK government has announced a “real commitment to green growth” in today’s 2021 budget.

Chancellor of the Exchequer Rishi Sunak set out plans for the coming year including ongoing coronavirus support for those out of work, funding for education and the arts and, crucially, an emphasis on a sustainable recovery.

Two environmental pledges were made. The first, the creation of a new UK infrastructure bank in Leeds, will be allotted £12 billion in capital and aims to fund at least £40 billion worth of public and private projects, beginning in the Spring.

The second is an announcement of £15 billion to be put into green bonds, including for retail investors, to help fund the country’s transition to net zero by 2050.

Sunak said that the UK must “do things that have never been done before”, emphasising the need for a strong, resilient economy post-pandemic.

"Our future economy needs investment in green industries across the United Kingdom,” he stated in the House of Commons. “We need a real commitment to green growth.”

The new infrastructure bank will help deliver the UK’s commitment to reach net zero carbon by 2050. This is partially designed to replace funding which previously came from the European Investment Bank (EIB), which the UK will leave after the Brexit transition ends on 31st December.

The EIB lent around €8 billion a year for projects ranging from London’s Crossrail line to social housing and new school-building projects in the past.

Is the UK doing enough for a green recovery?

But in response to the budget speech today, Greenpeace has spoken out against the pledges made.

“For all the talk of a green recovery, this Budget suggests the Chancellor has failed to clock the urgency of the climate emergency,” says Rebecca Newsom, Head of Politics for Greenpeace UK.

She says that a national infrastructure bank and green bonds could be “steps forward”, but without a guarantee they will provide sustained investment to decarbonise buildings, transport and industry, they are “unlikely to do much to advance climate action”.

“Successive budgets that approach the climate and nature emergency in a half-hearted manner have left us running out of time and credibility,” Newsom concludes.