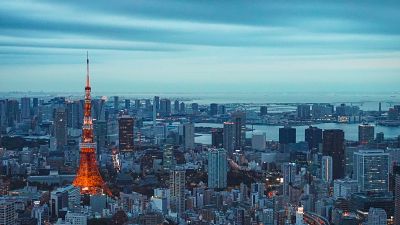 Japan has announced plans to become fully carbon neutral by 2050.

The country’s Prime Minister, Yoshihide Suga, announced the pledge this week - a step up from previous commitments to cut emissions by 80 per cent. Japan joins the EU and more than 60 other countries who say they are working towards carbon neutrality over the next 30 years.

Suga said in a statement that he wants Japan to become “a decarbonised society.”

The country currently has the world’s fifth-largest carbon emissions and relies heavily on fossil fuels for power. Environmental organisations including Greenpeace have criticised Japan in the past for slow action on cutting its greenhouse gas emissions.

Sam Annesley, executive director of Greenpeace Japan said in a statement that the organisation welcomed the new policy but added that it was important that it involved “concrete actions”.

He also raised concerns about the use of nuclear power in the country, highlighting the ongoing effects of the incident at the Fukushima Daiichi nuclear power station 10 years ago. “In a truly safe and sustainable future, there is no room for nuclear power generation,” he added.

In his first address to the Japanese parliament since taking office, the Prime Minister said that “responding to climate change is no longer a constraint on economic growth”.

He did not add any further details about how the country planned to reach carbon neutrality but did say that it would involve pushes for more renewable energy and with safety for nuclear energy as a priority.

“I declare we will aim to realise a decarbonised society,” Suga pledged.

Carbon neutrality around the world

The pledge echoes recent commitments by the European Union which has also set a target of reaching carbon neutrality by 2050. On the 7th October this year, the European Parliament backed the plan which aims to see it become the first carbon-neutral continent in the world.

President of the European Commission, Ursula von der Leyen, welcomed the move from Japan in a post on Twitter, adding “The world is coming together for the climate”.

China and South Korea have announced similar climate targets in the last few weeks as pressure grows on some of the world’s biggest economies to reduce their carbon emissions.

China currently contributes 28 per cent of the world’s greenhouse gas emissions and in order to reach its goal, it will have to reduce this by 90 per cent. If the country reaches its target, this alone could cut up to 0.3 degrees celsius from global warming projections.