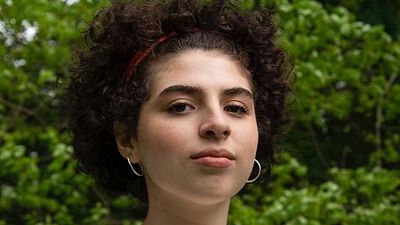 To protest is to believe in a cause, to demand action, to march.

But what happens when you can no longer take to the streets, when you’re cooped up at home without the placards or the chanting? How do you unite, how do you carry on?

Once upon a time, in life before lockdown, kids and teens all over the world walked out of school and took part in a global climate strike, inspired by teenage environmental campaigner, Greta Thunberg.

Thunberg kicked off the movement, soon to be called Fridays for Future, in August 2018 when she stood outside the Swedish parliament and demanded that the government listen to her plea. While the youth strike has since evolved to take on many forms, the end game is simple: to demand action from political leaders, to prevent climate change and transition away from fossil fuels towards clean, renewable energy.

By March 2019, 2,200 strikes were organised to take part across 125 countries. Over one million strikers took over city centres, blockading roads and standing together in peaceful protest. This is where the story of Noga Levy-Rapoport begins, the 18-year-old who would change the climate conversation irreversibly in the UK, by bringing young people together.

The North London teen captivated the masses after borrowing a megaphone from a nearby protestor and yelling, ”FOLLOW ME.”

'The planet is dying we have to stop it'

Before I met Noga, I saw her speak at an event called We Make Tomorrow, which called for creative action in the arts. Up on stage, among a panel of environmental scientists and leaders over double her age, she appeared calm and focused. When the chair called on her to contribute, she spoke with such passion and such clarity.

As one of the youngest, high-profile climate protestors in the UK, I was keen to sit down to and glean some of her wisdom. My first question was how did she get to be so articulate, so well informed - at an age when I was drinking fizzy wine in the park and only just working out what it was I believed in.

"Environment wise, so much of this is so basic, the planet is dying we have to stop it. It’s simple, not a hard concept."

“I was the class feminist,” Noga laughs, recalling how her passion for all things political and social began aged ten.

“My family are very politically engaged, there's always been newspapers on the table, so these things were never at the back of my mind,” she says. “Environment wise, so much of this is so basic, the planet is dying we have to stop it. It’s simple, not a hard concept.”

Does she ever feel patronised in the environmental sphere, for being just eighteen? All the time she did, she says, “but it’s something kids are getting used to, being talked down to, that’s what led to this bubbling over of youth anger.

"Adults look at kids and have these expectations, they say ‘you go kids, save the world!’ That’s not how it should be, we’re not here to save the world, we’re just ringing the alarm.”

I ask what it was that first sparked her interest in environmental activism.

“I was never really involved in campaigning before the youth climate strike, the climate crisis loomed in the distant future and I remember thinking it was a kind of void in the future.” For Noga, it all seemed like a “horrific, volatile” fate she would have to accept by the time she got to 30, or 35. The planet would be in a state of disarray, engulfed by the devastating effects of climate change, and that would be it. “Chaos,” she says – and she had no choice but to accept it.

“At school I was taught a bit about carbon emissions and the climate, but I remember thinking, I'm so small. Can I actually change anything by going vegan or simply taking shorter showers? Really? Surely not.”

A post about a climate march on Instagram was the turning point for Noga. “It was an unsinkable feeling” she says, “I knew I had to go.” She knew she could do her bit to live more sustainably in daily life, but when it came down to it, the only way to achieve something real was to demand systemic change.

Changing the way children are educated

“I had never thought we could do anything, no one had ever approached young people before or given us an outlet to express ourselves.” It was then that she turned to a nearby teenager holding a megaphone and asked if she could borrow it. Before she knew it, she was leading the charge down the streets of Westminster demanding that the government listen to them, the young people whose futures depend on urgent climate action.

“By the end of that day there were 5,000 kids following me onto that road. It really was that simple, I got in touch with the UK Student Climate Network and said I want to help, I want to organise. From then on, that changed the scope of where I was getting my information from. Having those conversations with like-minded people is where you learn.”

When it comes to education, students from all over the country have banded together in the last year to say that schools are “failing to prepare them for a climate emergency,” the BBC reports. Going back to her time at school, I wonder if Noga felt she was taught about the reality of the planetary crisis?

In reality, “one is a terrifying monster than leaps out from under your bed and tips your whole world over, and the other is the solution.”

Education on climate change at school was “very minimal” she says. The worst thing she found was in GCSE science when “we covered clean energy and fossil fuels, but it was treated as if they were just two sides of a coin.” She recalls how students had to write a six-mark question on the benefits of using fossil fuels, as opposed to clean, renewable energy. “It was never truthful, they just acted as if both concepts were interchangeable, it was no big deal if it was one or the other.”

In reality, “one is a terrifying monster than leaps out from under your bed and tips your whole world over, and the other is the solution.”

For 18-year-old Noga, an education that fails to address problems at their root, is letting down a whole generation, “there is so much to be improved upon”, she says with a sigh.

As part of the UK Climate Network campaign Noga leads, she is trying to get schools to adopt an approach called Teach the Future. It’s a call for an environmental overhaul of education, which has just had its parliamentary launch. Campaigners hope green education will be better implemented into the curriculum and that kids can be taught more about their local communities.

I’m curious as to how Noga is feeling now, at a time when she can’t take to the streets due to lockdown measures in the UK. Is she worried people will forget about the climate crisis, amidst coronavirus?

“I don’t think people will forget,” she says. “What people are seeing now is the collapse of a system, from a disease that has only been around for a matter of months. If we can collapse so easily from this, just think how much we will collapse from climate change.”

Rather than waiting until she can once again take to the streets, Noga joins a climate strike online every week. “Kids are posting pictures of themselves holding placards and posters. We are still going, we are still striking. Climate change is real, it’s here, we have to stop it - we’re still saying that.”

Are you an optimist, I ask? That’s tricky, she says. “There is so much work to be done, it’s not about sitting around wondering, ‘will this work’ ‘will this succeed’, it’s about action. There is work to be done now and that’s what I’m focusing on.”

At the end of the day, “we’re kids,” she says, but “we will keep being a thorn in your side until you actually tackle this crisis.”