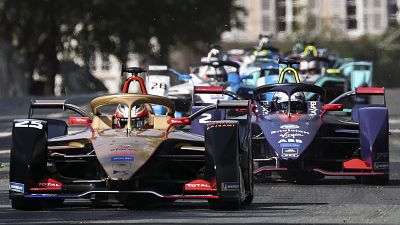 By 2035 you won’t be able to buy a new petrol, diesel, or even hybrid car in the UK. Any new cars or vans built from this point on will have to be fully electric or run on hydrogen. Similar legislation is in place across the EU, as by 2030 all cars manufactured must have an average fuel economy of 92mpg - a level of efficiency which may leave electric cars as the only viable option.

But are electric cars up to the task? Are they going to get good enough to end our love affair with petrol?

The answer could lie with Formula E.

A few years ago, fully electric cars were only reaching ranges of around 100 miles at a time. If you went for a long drive in the original Nissan Leaf or Renault Zoe, for example, you may have found yourself keeping the radio off to ensure you could actually reach your destination.

That’s not the case anymore. Today the new versions of the Leaf or Zoe can reach double their former distances, with other models like the Audi e-tron SUV or Kia e-Niro able to go 270 miles without needing a top-up. Leading the way in commercial EVs is still Tesla, with cars capable of going well over 300 miles on a single charge.

Though the commercial side of the automobile industry has clearly been working hard to produce more effective electric vehicles, Formula E has proved itself to be the real MVP in this process.

How is Formula E effecting change?

Since its inception in 2014, Formula E has been the biggest mainstream electric car competition in the world. The 2020-21 season has even been given world championship status - the first single-seater racing series to be awarded this outside of Formula One.

There are real translations in the technology from Formula E to our future production cars.

Its appeal has been building steadily over the last six years. Initially seen by some cynics as a way for car companies to prove their green credentials, Formula E is now considered a proper motorsport with a growing fan base, particularly among younger viewers.

But the sport is also a chance to demonstrate the potential of electric cars and show how far the technology has come. It’s a way to tell “the world about the benefits of electric vehicles—not only the benefits from an environmental point of view, with emissions, but also showcasing the technology and the performance,” explains James Barclay, head of Jaguar’s Formula E team, to Wired. “The reality is there are real translations in the technology from Formula E to our future production cars.”

Just a few years ago, in the early seasons of Formula E, drivers had to swap cars in the middle of an event as the batteries weren’t powerful enough to complete the full race of about 45 minutes.

Flash forward to now, and cars can last the entire race - they're even capable of reaching speeds of over 280km/h. The sport has revolutionised battery development in electric cars at an extraordinary pace, something Sylvain Filippi, managing director of the Envision Virgin Racing Formula E team, openly recognises.

"In just a short space of time we’ve seen a dramatic advancement in EV battery and software technology," says Filippi. "That’s an incredible time-frame and makes you wonder what the next five years will bring.”

The technology is trickling down

The technology developed in the races is already making its way to market too. Jaguar, for instance, brought out its first electric SUV, the I-PACE, in 2018. It was the first EV to rival Tesla’s range, able to go almost 300 miles on a single charge.

The I-PACE was the first electric SUV from a premium European automaker and was a gamble which paid off handsomely for the company. Jaguar scooped its first ever World Car of the Year award in 2019 with the I-PACE, as well as winning Best Design and Best Green Car.

Jaguar’s experience of Formula E was instrumental in this commercial success. According to team director James Barclay, “Formula E has been central to Jaguar Land Rover's move towards electrification.

"Jaguar was the first premium brand to enter Formula E, in 2016. From 2020 all new Jaguar Land Rover model lines will feature some form of electrification option."

The commercial market for EVs has been heavily dominated by Elon Musk’s Tesla for many years but, even with prices slashed in the last year or so, the brand is often considered to be exclusively for the super wealthy. As more brands like Jaguar enter the market, having developed their technology in the world of Formula E, Tesla could be facing some stiff competition.

Tech reporter Daphne Leprince-Ringuet highlights this competitive tension in an article for Wired. “More European manufacturers are following Jaguar in offering luxury cars that are electrically powered. And as they jump onto the electric car bandwagon, Tesla is going to have to share its cake with more competitors.

“It all points to the fact that the traditional car companies no longer want Elon Musk to lead research in EVs.”

If you have €30,000 to spare on a car, you can likely afford a small, fully electric hatchback.

But if you fancy something a little bigger, such as the Jaguar I-PACE, it’s going to set you back at least €70,000.

For those seeking luxury and speed, Teslas range from €48,800 to an eye-watering €210,000 for the second-generation Roadster model.

These aren’t what you would call ‘affordable’ vehicles. So what’s the answer for those of us who can’t justify the cost of an electric car?

Similar to any other type of car, it’s likely the second-hand car market will start to see a higher turnover of EVs the closer we get to the UK’s 2035 deadline. Demand is already starting to surge. The Society of Motor Manufacturers and Traders (SMMT) reported that in 2019 sales of used EVs rose by 21.8 per cent.

Sure, in real-terms only 14,112 used EVs were actually sold, which only represents 0.2 per cent of the second-hand market, but it’s still a sign that things are changing.

More budget-friendly brands are releasing their first EVs this year, like Peugeot’s e-208, which is marginally cheaper than other electric hatchbacks on the market, although it is retailing for €10,000 more than the non-electric version.

As more economy manufacturers follow in the footsteps of premium brands, it is inevitable that the second-hand market will follow suit and the prices will come down.

The same has happened with plug-in hybrids - the slightly dirty cousin of EVs, which blend a rechargeable battery with a petrol engine. As the technology has improved at the top end, led in-part by F1’s switch to hybrid engines in 2009, more manufacturers are investing in hybrid technology and the second-hand market is booming.

Truly affordable fully-electric cars may not be here yet, but they're certainly revving their engines.