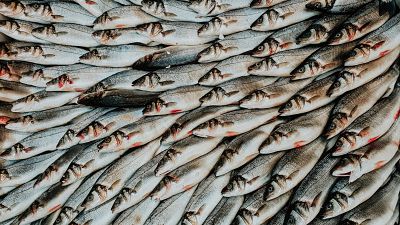 A statement has been signed by more than 300 scientists calling for the EU to end overfishing to protect the health of our oceans.

The message, delivered to EU Commissioner for the Environment, Oceans and Fisheries, Virginijus Sinkevičius earlier this week, said that limits on fishing must be imposed “as an urgent and necessary response to the biodiversity and climate crises”.

Fishing is one of the most significant contributors to declines in populations of ocean wildlife. It isn’t catching fish itself that is bad for the ocean, but when they are caught at a rate that means they can’t replenish - it becomes a problem.

“Overfishing means taking more fish out of the water than can grow back. To be honest, that's pretty stupid,” said one of the signatories, Dr Rainer Fröse from the Helmholtz centre for ocean research in Kiel, Germany.

A recent report from WWF found that overfishing of lakes, rivers and oceans was one of the factors contributing to massive losses in biodiversity around the world. The Living Planet 2020 report found that we must change the way we produce our food if irreversible changes are to be avoided.

“Overfishing and bycatch are the largest drivers of biodiversity loss in the ocean”, said Professor Alex Rogers, Science Director at Rev Ocean.

“We need a healthy and productive ocean, and ending overfishing is key. This is especially the case when faced with the effects of climate disruption, which affects the whole ocean, including fish stocks themselves.

“As a scientist,” he concludes, “I am calling on the EU to recognise that ecosystem-based fisheries management is critical to the health of the ocean and its capacity to respond to climate change. It is also vital for human health, including that of future generations.”

Limiting the amount of fish we catch

In the EU it is estimated that nearly 38 per cent of fish in the North East Atlantic and Baltic Sea and 87 per cent in the Mediterranean and Black Sea are being overfished. Experts accused EU governments of “betrayal” last year when the fishing quotas they set failed to meet sustainability targets.

Limits for 2020 were set higher than scientists advised, despite a legal deadline set in 2015 for the EU to end overfishing.

As annual fishing limits are agreed for 2021, the new statement will be delivered to the EU and to members of the EU Parliament. The timing is crucial, as it is currently preparing its response to the EU 2030 biodiversity strategy.

The 300 signatories from scientists at organisations including the IUCN, Our Fish and universities across Europe are urging the European Commission, European Parliament and EU member states to introduce science-based restrictions to save our oceans.

They say it is important that fisheries are managed with ecology in mind, adding that the EU must stop “dragging its feet” and take decisive action on the problem before it is too late.

“The science is clear - now the EU must ensure that a healthy ocean is central to its response to the nature and climate crisis - and that means finally putting an end to overfishing,” said Rebecca Hubbard, Programme Director of Our Fish.

“Just like with our own health, if we continue to batter the ocean with overfishing, the whole system will weaken further, until it can no longer provide us with the life-support we need it for - oxygen, climate regulation, food and jobs.”