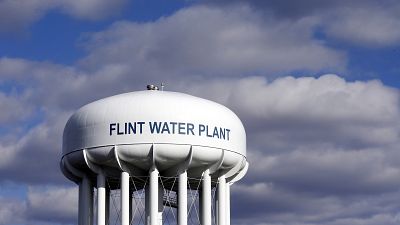 The State of Michigan has agreed to pay victims of the Flint water crisis a $600m (€508m) settlement, to make amends for the damage done to residents’ health by polluted water. It has been called one of the worst human-caused environmental disasters in American history.

Tens of thousands of Flint residents who lived in the area between April 2014 and July 2016 will be eligible to submit a claim. Thousands of residents reportedly suffered from hair loss, rashes, and ill health as a result of drinking contaminated water pumped into the city by local water companies.

80 per cent of the money will benefit people who were under the age of 18 during the crisis, as children were the worst affected.

Children and babies under the age of five can experience brain damage when exposed to lead before their brains are fully developed, experts say. This can lead to lifelong neurological and cognitive impairment.

“The announcement of today's $600,000,000 settlement closes the first chapter for the residents of Flint, who were devastated by the Flint Water Crisis,” said Corey M. Stern, an attorney representing 2,600 Flint children in the negotiations.

“While our country and Flint residents have been suffering for years, today is a watershed moment for the children of Flint, and a model of decision making that should serve as an example for our communities and leaders across the country.”

“Most importantly, the settlement recognizes the effects the crisis has had, and will continue to have on the children of Flint,” he added

What happened in Flint, Michigan?

The crisis began in 2014 amid a financial crisis in the area when the city swapped its water supply from Lake Huron to the local Flint River in order to save money. Not long after the switch, residents began to report that the water had a different smell, taste and colour.

Residents raised the alarm that something wasn’t right with their water supply but their pleas were dismissed by the local government and elected officials.

Campaigners began attracting support from around the world as protests tried to draw attention to the ongoing situation and the state’s denial that anything was wrong. They included 8-year-old Mari Copeny, known as “Little Miss Flint”, who wrote a letter to then-president Barack Obama detailing the water crisis in her home town.

Tests done by the Environmental Protection Agency and Virginia Tech showed that water in Flint residents’ homes had high levels of lead. The water hadn’t been treated with chemical compounds needed to prevent corrosion, and ageing pipes had leached lead and iron into the water supply. Finally, in late 2015, officials acknowledged that something was wrong.

Flint is home to nearly 100,000 people. Over half of its residents are Black and around 40 per cent of people live below the poverty line. A year and a half after the switch in supplies, then-Mayor Karen Weaver told The Independent that she believed race and class were factors in the authorities slow and allegedly misleading response.

The water source for the city has now been reverted back to Lake Huron but the effects of the poisoning have been long lasting. Some in the city still use bottled water for cooking, drinking and bathing as they don’t trust the local government.