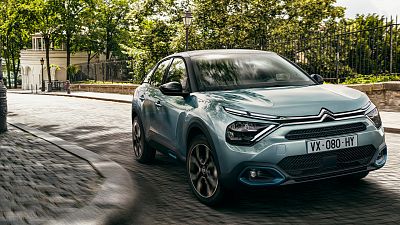 As part of an “electrification offensive”, French car company Citroën has announced the launch of a new eco-friendly vehicle, the ë-C4. The car is 100% electric, generating zero CO2 emissions, and claims to give drivers a peaceful driving experience in what is described as “a hushed, cocoon-like setting”.

The manufacturer is fast becoming a trailblazer in the electric vehicle market, having also revealed the Ami model earlier this year - an electric two-seater that can be recharged in just three hours from a domestic socket.

The Ami was launched to inspire a new generation of eco-conscious drivers and is priced at just €6000 as a result. If you don’t want to purchase, long-term rental options are available, as is a car-sharing scheme to encourage people to drive less and make more efficient journeys.

While the Ami is a smaller model, the new ë-C4 is a compact hatchback. Not only are drivers reducing their carbon footprint substantially by opting for an electric vehicle, they also glean the benefits of being able to access off-limits areas with restricted traffic in cities, as they are classed as ultra low emissions vehicles. These car-free zones are currently in place to enable more journeys to be made safely by foot or bike and play a key role in creating more sustainable urban communities.

The new model reaches a maximum speed of 150km/h and has a brake feature built in to amplify deceleration without pressing the brake pedal. What this means is that the system allows for recovery of the energy, so that range is increased and the battery partially recharges in the process.

In terms of how long it takes to fully recharge, the battery will reach up to 80 per cent in just 30 minutes from an 100kW public charging station. But Citroën also offers a Wall Box installation in the home, so that owners can top up their batteries without having to leave their driveways.

With noise pollution a growing concern, the silent nature of the vehicle could also be a real draw for buyers. Zero vibrations, jolts or gear changes make for smooth driving and a relaxed atmosphere in the vehicle.

Citroën has a reputation for working hard to keep their environmental impact as low as possible. They monitor everything from consumption to CO2 emissions and pollutants and are committed to implementing circular economy principles, including material recycling and reuse.

Electric vehicles (EVs) are becoming more and more popular in Europe, as consumers acknowledge the reality of the climate crisis and are keen to minimise their carbon footprint. EVs reduce the carbon emissions that contribute to climate change and smog, and improve both air quality and public health at the same time. Some drivers even charge their cars using renewable energy from solar panels, which cuts down their impact even more.

Electric mobility is growing fast. The global electric car fleet exceeded 5.1 million in 2018, which was up by 2 million since 2017. China is regarded as the world’s largest electric car market, but is closely followed by Europe, in which 1.2 million electric cars were sold the same year, the International Energy Agency states.

While registrations of fully electric cars in Europe rose 58 percent to 130,297 in the first quarter of 2020, this still only accounts for 4.3 percent of total registrations. One reason for this could be the that electric vehicles cost more. “Unless there is a drastic improvement in the affordability of electric vehicles, this will leave a huge number of people unable to afford a car,” writes Neil Winton in Forbes.

In the UK, the government is set to introduce green number plates which will help identify electric cars, to improve their visibility. The British Department of Transport hopes that the simple change in colour will “celebrate and encourage the uptake of electric vehicles”.

Aside from the Citroën ë-C4, other popular electric cars include the Renault Zoe, the Tesla Model 3, the Nissan Leaf, the Porsche Taycan and Hyundai Ioniq Electric, according to Car Magazine UK.