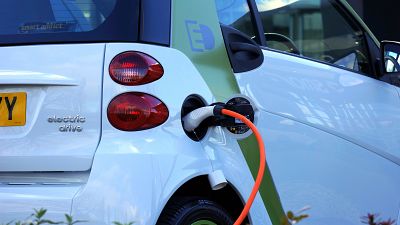 More people are considering switching to electric vehicles thanks to improved air conditions during the pandemic.

With less air pollution being documented due to the COVID-19 lockdown, more people are realising the benefits of moving away from petrol and diesel cars according to a study by Venson Automotive Solutions.

Of the participants surveyed by Venson, 45 per cent agreed that the vast improvement in air quality at the current time had made them reconsider owning an electric car (EV) in the future. Another 17 per cent said that it had reaffirmed their decision to buy an electric car.

“Reducing emissions has been a hot topic and a clear government, business and personal target for several years now, but still the growth of electric vehicle (EV) ownership has been slow,” says Alison Bell, Marketing Director at the company. “This is despite evidence that transport is responsible for 23% of global emissions, and driving petrol and diesel fuelled vehicles contributes 72% of the transport sector’s greenhouse gas emissions.”

The global pandemic has given us a taste of the future we could achieve if emissions targets were reached. Urban centres like New York have seen a “sharp reduction” in carbon dioxide, carbon monoxide and methane emissions. With more than half of the world’s population in lockdown, the coronavirus lockdown has even cleared the air in India’s megacities where air pollution often reaches dangerously high levels.

Once the health crisis passes, people would also like to see governments speed up the process of switching to EVs. Over two-thirds of those asked said they wanted to see improvements in charging infrastructure (plug-in power points and stations) and nearly 40 per cent wanted to see the introduction of Clean Air Zones to encourage more people to leave fossil fuel-powered vehicles behind.

Sales still on the up

Where conventional car sales have seen a dramatic crash during the global crisis, it seems this incidental improvement in pollution levels is continuing to increase the number of people choosing electric options. A report from consultancy firm, LMC Automotive, found that sales of battery electric vehicles (BEVs) were up nearly 30 per cent in March 2020 when compared to the same month in 2019.

“If we assume that 40% of (overall) sales were lost in March due to the COVID-19 effect, then a true reflection of underlying BEV demand might have been as high as 80,000, a year on year growth of 120%,” LMC Automotive analyst, Al Bedwell writes in the report. “Despite COVID-19, some markets have actually achieved more than this.”