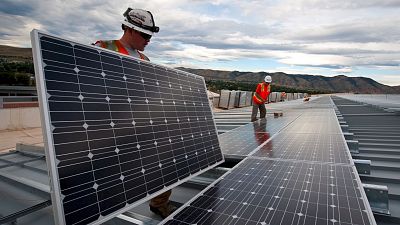 The World Economic Forum (WEF) says that investing in “nature-positive” solutions to current job losses and economic uncertainty could create 395 million jobs by 2030.

The NGO has provided a blueprint for businesses to take advantage of €8.86 trillion in opportunities which will add value to nature rather than exploiting it. Without these changes, it warns there are “no jobs or prosperity on a dead planet” as over half of global GDP is threatened by the continuing loss of biodiversity.

“We can address the looming biodiversity crisis and reset the economy in a way that creates and protects millions of jobs,” says Head of the Nature Action Agenda at the WEF, Akanksha Khatri. “We can protect food supplies, make better use of our infrastructure and tap into new energy sources by transitioning to nature-positive solutions.”

The report is built on real examples of business outcomes which have been improved by economic decisions that respect and improve nature. President of Costa Rica, Carlos Alvardo Quesada said his country has already shown that the transition to a carbon-neutral, nature positive economy was good for “prosperity, jobs and new developments.”

He added, “it’s time to mainstream this model.”

A blueprint for a ‘nature-positive’ future

Transformation needs to happen across three key socio-economic systems, the WEF says. These three systems: food and land use; mining and energy; and infrastructure and building, together endanger almost 80 per cent of the threatened species on the IUCN Red List.

“There is no future for business as usual,” says the WEF report. “We are reaching irreversible tipping points for nature and climate.”

These systems also create up to 60 per cent of all jobs and make up more than a third of the global economy. A range of transitions across the three socio-economic systems would deliver the €8.86 trillion in opportunities and hundreds of millions of extra jobs the WEF says prioritising nature can deliver.

The NGO reveals that although animal products only provide 18 per cent of all calories consumed around the world, it uses 80 per cent of farmland and creates 58 per cent of greenhouse gas emissions. Inefficiency costs around €11 trillion every year in food production systems alone.

Better management of wild fish supplies, for example, would increase the size of catches adding almost €150bn to the industry and creating 14 million jobs. Similar nature saving wins can be made in other industries through initiatives like the widespread installation of green roofs, investment in renewable energy and better recycling of car parts.

It echoes findings by other groups looking at the link between economic development and environmental recovery. The Campaign for Nature released a report last week which found that greater protection for the environment could significantly boost the global economy. In the UK, the Ocean Conservation Trust is also looking to introduce an “ocean curriculum” in primary schools to help children understand why marine conservation is so valuable.

Stopping the loss of biodiversity

The report acknowledges that some people may lose their jobs during a green transition, especially those that work in unsustainable industries. To make up for this the WEF is calling for governments to ensure that people are retrained with fair opportunities to transition into new jobs created by this ‘nature-first’ approach.

It estimates that implementing the changes worldwide would cost €2.4 trillion, an amount similar to recent economic stimulus packages agreed in the US.

Alan Jope, Chief Executive Operator of Unilever said that while there was “still uncertainty in how COVID-19 will unfold” he believes that this is an “opportunity to accelerate efforts to put nature at the centre of all decision-making”.

Watch the Global Impact Conference 2021 as it happened