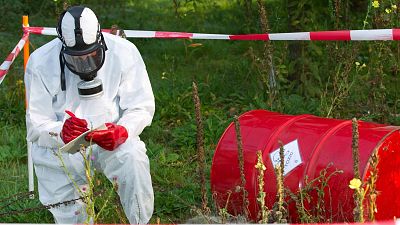 Damaging the environment is set to become illegal in France, punishable by fines of up to €4.5 million and up to 10 years in prison.

A citizens' assembly included criminalising 'ecocide' in its recommendations for the government earlier this year.  A group of 150 randomly selected French citizens voted on proposals for combatting the climate crisis and among the proposals was a suggestion to make ‘ecocide’ (extensive damage to ecosystems) an offence punishable by law.

Now the government has said that it will be taking this recommendation on board. Ecology Minister Barbara Pompili and Justice Minister Éric Dupond-Moretti announced the news on the 22nd of November.

The new law will punish those who commit the "general offence of pollution". What punishment is handed out will depend on whether the perpetrator intended to damage the environment or if it was a result of recklessness.

The government is also considering a second offence of "endangering the environment". It could see less severe punishments handed out even if an environmental offence has not yet been committed. Dupond-Moretti added that France will be creating new environmental courts to help handle new cases.

So how did this new law come about?

How the Convention Citoyenne pour le Climat was created

The two ministers are to meet with the Convention Citoyenne pour le Climat (CCC) today to talk about the proposed law. President Emmanuel Macron convened the CCC in 2019 following the gilet jaunes movement.

“We do not include our fellow citizens sufficiently in the transparent, debated construction of the solutions we put forward. So that is the idea behind the Citizens’ Assembly process,” Macron said at a meeting of the CCC in January.

The 150 members were selected using randomly generated phone numbers and are made up of a diverse group aged between 16 and 80. Macron set them the task of defining climate actions that would lead to a reduction of “at least 40 per cent of emissions by 2030” with the “spirit of social justice”.

At the forefront of the CCC's suggestions was a call for ‘ecocide’, or the extensive damage of ecosystems, to become a crime in France.

Making ‘ecocide’ a crime would allow “planetary limits” for global warming, such as the 1.5 maximum proposed by the IPCC, to be enforced by a “higher authority” responsible for protecting the environment, it said.

This would mean that any human activity that caused extensive damage to ecosystems or put animal species in danger would become a criminal offence. Chief executives of companies or government ministers who commissioned the destruction of the environment, for example, would then be criminally liable.

But instead of being made a "crime" ecocide will instead be an "offence". Crimes are the most severe illegal activities in France and offences considered less serious. Some environmentalists have questioned this decision, saying that it does not go far enough in recognising the severity of ecocide.

"Words have meaning, everyone knows that an offence is not a crime," writes Marie Toussaint, and MEP and ecologist in La Journal du Dimanche.

"The proposal formulated would, unfortunately, continue to consider the most serious damage to ecosystems as minor offences."

She adds that the way the law has been created could allow big businesses to find loopholes that mean serious environmental damage would escape punishment.

Others have also criticised the law for being a "less ambitious" version of the CCC's proposal.

What else did the CCC recommend?

Among the other proposals from the CCC were recommendations for an end to adverts for products with a high carbon footprint - like large SUV vehicles, heavy taxes on highly processed foods and a ban on the most dangerous pesticides by 2035.

It also suggested measures to limit car usage with more sustainable transport options and a ban on the sale of new cars with high emissions from 2025. There are nearly 150 final proposals that were put forward by the CCC.

The introduction of a four day work week with working hours limited to 28 per week was the only proposal not adopted into the final list of suggestions. One member of the group said they were worried that it would make them “look like clowns”.