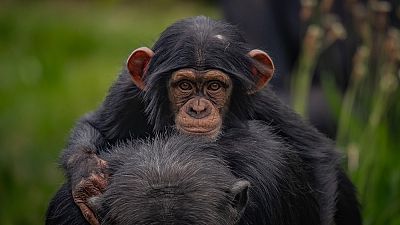 One of Europe’s largest conservation zoos says it is “fighting for its future” after struggling financially during the COVID-19 lockdown.

Chester Zoo is the UK’s largest charity zoo and is ranked the third best in the world by Trip Advisor. After several decades working to protect vulnerable species around the world, the park now finds itself in danger of permanent closure.

Revenue from visitors makes up 97 per cent of the zoo’s income. Despite extensive cost-cutting, with directors and staff taking voluntary pay cuts, the numbers are still not adding up. The team at Chester Zoo says it needs to raise £1.6m (€1.8m) each month in order to stay afloat, with care for its 35,000 animals costing £465,000 (€522,500) a month. This comes alongside additional outgoings for utilities, maintenance and administration.

The UK government has not yet given zoos permission to reopen, despite the lockdown being partially lifted across Britain this week.

“The government has ordered us to stay closed indefinitely and Chester Zoo is very much fighting for its future,” says the zoo’s Chief Operating Officer, Jamie Christon. “This change in law has flicked a switch for us and, heartbreakingly, our lights are now flickering. Not being able to open, despite being a huge outdoor site with all the necessary safety measures in place, is having a devastating impact on the future survival of this much-loved charity zoo.”

Certain shops, car showrooms, and other national parks in parts of the UK have been allowed to re-open, but there has been no such ease in restrictions for places like Chester Zoo.

IKEA can open, so can Costa Coffee & Alton Towers Gardens, but the zoo cannot.
The zoo isn’t like an office –you can’t just switch off the lights and the heating when you shut. Even when the zoo is closed, the running costs are still around £465,000 per month.

“While we see pictures of public beaches, parks and UK beauty spots busy with people, our zoo - a huge outdoor space, with 16km of pathways, and numerous measures in place to ensure that we can provide a safe environment for guests - sits empty,” continues Christon.

“Much smaller, private gardens are opening up this week, which is positive as the great outdoors is proven to offer benefits to mental health and wellbeing. However we, and our 128 acres of gardens, have to remain closed.

“While we support the need to carefully lift the lockdown, we’re under enormous financial pressure and these things don’t stack up.”

‘We wanted to remain a beacon of hope’

Earlier in the lockdown, Chester Zoo ran digital projects to help engage its visitors. Viewers could sit down to breakfast and watch red pandas playing in the trees, keeping morale high and continuing the zoo’s educational work.

“We’ve tried to stay positive during this pandemic,” explains Christon, “our conservationists have continued to prevent extinction, our virtual days have cheered up the nation, and our learning resources have helped out thousands of homeschooling families. We wanted to remain a beacon of hope.”

Chester Zoo’s main focus is on long-term conservation projects. It runs 80 global projects fighting to prevent the extinction of highly-threatened species in the UK and across the world. The park has had notable success in breeding African mammals such as the endangered okapi.

The zoo’s impact is also felt locally, as they contribute over £80m (€90m) to the regional economy providing more than 1,700 jobs. It is now facing around £24m (€27m) of debt by the end of the year, throwing its future into serious jeopardy.

“We are not prepared to give up this fight and are continually lobbying the government across all relevant departments, at all levels,” says Christon. “Visitors carefully returning to the zoo is our lifeline.”

The future of zoos

“We have no moral right as a species to let animals suffer just because we are curious about them,” Aspinall told the Guardian earlier this year.

However Aspinall’s argument has been criticised by supporters of places like Chester Zoo, saying the existence of larger institutions is justifiable because of their focus on education, research, and conservation.

The chief executive of Chester Zoo, Mark Pilgrim, told the UK newspaper (before the park’s current funding issues) that were his zoo to close, the conservation projects it runs in other countries would suffer.

“If we simply closed our doors, as some people have suggested, our funding of these conservation projects would come to an immediate halt,” said Pilgrim.

This is a point echoed by Christon, who emphasises that stopping the closure of Chester Zoo does more than just save the park itself.

“We protect wildlife in more than 30 countries around the world and engage over 150,000 young people – the future of our planet – every year,” says Christon. “At a time when global environmental pressures escalate, the seriousness of losing a conservation charity cannot be stressed enough.”

Survival of the fittest: UK zoos reeling after coronavirus lockdowns