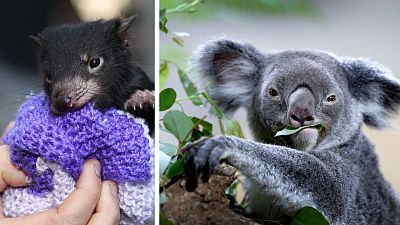 The 15th Annual Endangered Species Day sees more than 31,000 species around the world threatened with extinction, according to the IUCN Red List. That is almost one third of the groups of animals listed on their website.

Researchers are now using a vast remote database to help protect endangered species. This genomic library allows the team to access vital datasets more efficiently than ever before, thanks to a collaboration between the University of Sydney and Amazon Web Services (AWS).

“We’re often working with more than a billion pieces of jigsaw puzzle and no guide,” says senior research manager Dr Carolyn Hogg. The software now helps condense the scientists’ work enormously, enabling them to analyse massive amounts of data in minutes rather than hours - regardless of where they are in the world.

In the long term, the researchers aim to share this genome data publicly. “The ultimate goal would be to create a universal genomic library and tools that other researchers and conservation managers can access in order to make science-based decisions,” adds Dr Hogg.