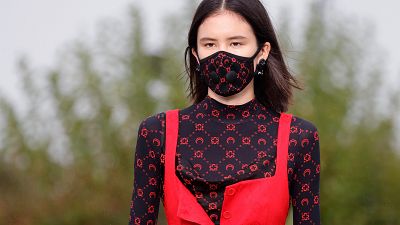 The Copenhagen Fashion summit will be pushed back to October, due to growing concerns around the COVID-19 outbreak.

The central business event on sustainability in fashion will not take place in May, as planned, announced the Global Fashion Agenda today. Claiming this was a “difficult decision”, the leadership forum stated that it was the “only responsible and sensible thing to do, taking the global health uncertainties and authority recommendations into consideration.”

Every year, the summit continues to prove itself as the go-to event for agenda setting discussions on the most critical environmental issues facing the fashion industry. It started in 2009, spearheaded by the non-profit Global Fashion Agenda, with a mission to drive urgent change within the framework of the UN’s Global Goals.

The news comes after the Director General of the World Health Organisation (WHO), Tedros Adhanom, released a statement yesterday calling on us all to work together to prevent coronavirus spreading.

His message explained we are all “responsible for reducing our own risk of infection” and said that the epidemic can be deterred, but only with “a collective, coordinated and comprehensive approach.”

Adhanom concluded, “we are calling on every country to act with speed, scale and clear-minded determination.”

The Copenhagen Fashion Summit emphasised that the health and safety of their team, as well as the numerous participants from across the globe, was their first priority.

How has the rest of the fashion industry reacted to coronavirus?

Paris Fashion Week this year came just as the outbreak was beginning in France. On the first day of shows, February 24th, the number of reported cases was just 14, by the last day, France had more than 200. Design houses were handing out face masks and some high profile buyers didn’t even attend.

At the Louis Vuitton show at the Louvre, managing director Antonio Belloni was even seen fist bumping rather than greeting people with a handshake or a kiss on the cheek, reported the New York Times.

Ralph Lauren, who planned a runway show in April in New York, has cancelled his show. Equally, Burberry’s show in Shanghai and Gucci’s in San Francisco have been called off. Prada has abandoned a show in Tokyo and fashion weeks in Shanghai and Beijing have also been postponed.