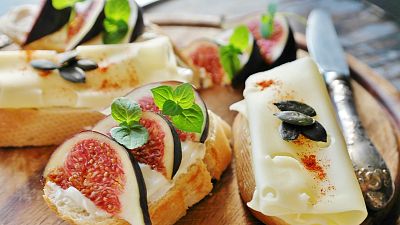 People are struggling to keep up with new year resolutions to cut meat and dairy from their diets, new research has found.

Despite record numbers of participants in this year’s Veganuary challenge to go vegan for 31 days, with more than 400,000 sign ups compared with 250,000 in 2019, 42% of people still consider plant-based foods “bland and boring”. That’s according to a study of 26,000 people around the world by FMCG Gurus.

Indeed, given the perceived sacrifice of giving up animal products, more people were likely to try avoiding food waste (48%) or buying more local produce (46%) than attempt a more vegetarian or flexitarian lifestyle.

Meanwhile, those in France were particularly likely to struggle with going vegan, not due to meat consumption but because they were finding it tough to give up dairy. Some 83% of respondents to a HuffPost survey said they were prepared to make efforts to reduce the environmental impact of their food.

But in true French form, while more than half of people surveyed (57%) by HuffPost were willing to cut down their meat consumption, just 40% were willing to consider a reduction in their cheese, butter or milk intake.

By comparison, almost half of consumers (45%) across the globe admitted to changing their diets to lead a “more sustainable lifestyle”. For a third of the total, that change in diet meant reducing or eliminating meat from their diets – considerably fewer than were willing to make the change in France.

Plant-based launches by supermarket brands and restaurant chains helped the swell of new Veganuary participants, many of whom had been swayed by growing awareness of the link between animal farming and the climate crisis, the charity claimed.