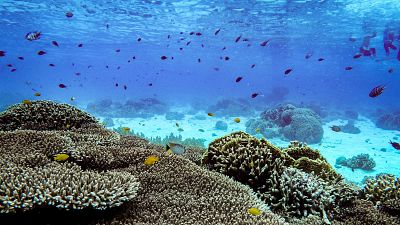 With more people trying to live more sustainable lives, it’s little wonder there a growing murmur of discussion around green deaths. In fact, it seems people are positively dying to talk about death like never before.

More than 80% of people in the UK now choose cremation over burial due to premiums of space, but each cremation releases around 250kg of carbon dioxide into the atmosphere. With 500,000 deaths in the UK each year, and 400,000 of those going for cremation, our deaths account for around 25 million tonnes of CO2 per year.

As with all aspects of life in 2020, there are people working on making our deaths a more sustainable occasion. Indeed, online searches for green burials and natural funerals are on the increase, with new companies and innovators springing up to cater for the demand.

Go out green and make the last thing you do on this Earth one of the most environmentally friendly.

Popularised by former Beverly Hill 90210 star Luke Perry, the mushroom suit makes your body a remarkably eco-friendly gift to nature. The Coeio Infinity Burial Suit is made of organic cotton and lined with specialist mushroom spores, so a person buried in it will soon be covered in growing mushrooms.

Their remains will feed the mushrooms, which quickly break down organic material and remove toxins from the environment, in turn delivering nutrients to the soil and surrounding plants. At a cost of €1370, it costs little more than a coffin. Announced back in 2011, the suit was first released in 2016 as an alternative to the pollutant-heavy funeral industry.

Artificial reefs made of natural concrete first became an option in the late 1980s when a pair of divers were brainstorming ways to protect the coral reefs they loved so much. Now US-based Eternal Reefs is able to mix cremated remains into its concrete to create a ‘pearl’, which is lowered onto the ocean floor to create new habitats for fish and other marine life.

“Many natural reefs have been destroyed and over fished,” says the company on its website. “Establishing new reefs helps to take the pressure off the natural reef systems and help repair the damage that has been done by mankind. The Eternal Reefs provide a nurturing environment for fish and other forms of sea life that are critical to the environment.”

Loved ones are able to decorate their memorial pearl with plaques and inscriptions while the concrete is still wet. Below that, the pearl's surface texture is designed to encourage wildlife growth, meaning the reefs become a permanent part of ocean landscape.

Going back to times of old, Washington state has become the first place in the US to allow the composting of human remains. The idea is that in an enclosed area surrounded by wood chips, straw and other greenery, bodies will decompose much quicker than they would in a traditional coffin. The process claims a carbon footprint 80% smaller than that of cremation.

In a warm, oxygenated environment, bodies disposed of in this way will become nutrient-rich soil within a month. The resulting soil is given back to the deceased’s family, making it the perfect end for keen gardeners. Or it can be donated to conservation groups.

Italian designers Raoul Bretzel and Anna Citelli have created a burial option that gives back to the Earth. The Capsula Mundi, which translates as ‘world's capsule’ in Latin, is an egg-shaped, organic casket in which a body can be buried in the foetal position.

Once in the ground, the biodegradable casing breaks down leaving the remains to provide nutrients to a tree sapling planted right above it. In many cases, the deceased’s loved ones choose for the tree to become their memorial in place of a tombstone.

The remains help create fertile soil in a way bodies sealed in a coffin cannot. Meanwhile, the resulting tree helps to purify the air. The founders say cremated ashes can also be placed in the pods, and hope cemeteries will one day become filled with trees place of headstones.

Be washed down the drain

Offered in a number of US states and Canada, the process of water cremation, also known as resomation or alkaline hydrolysis, is an alternative to cremation with fire. The body is committed in a similar manner, but the body is placed into a steel container filled with a solution of alkaline and potassium hydroxide before being heated to around 180C – 800C cooler than the 980C reached during traditional cremation.

In this solution, the body’s soft tissues and organs break down into a solution of watery molecules that can then be washed down the drain. It shortens a process that would take up to two decades in burial down to around 4 hours, a timescale similar to the 2-4 hours usually expected for standard cremation. What’s left are bones, which are ground down into ‘ashes’ in the same way as normal cremations and given back to the family.

It claims a massively reduced carbon footprint compared with its fiery alternative, as well as less energy used in the form of liquid or gas. Meanwhile, it prevents the release of airborne mercury emissions from dental fillings and says its only by-product is the sterile liquid, free from DNA.

In the UK, this process is stuck in limbo. The first water cremations were due to take place in Sandwell, West Midlands after planning was approved in 2017 but concerns about what would happen to the liquid byproduct – in the US it goes down the drain – have put the brakes on.

In the throes of grief, the environment might often be the furthest thing from families’ minds. So if one of these options is the one for you, ensure you’ve let your loved ones know your wishes and noted preferred arrangements in writing.

Is your reusable coffee cup really making a difference?