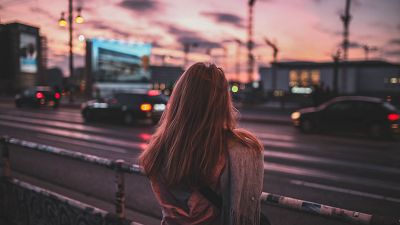 A recent study in France suggests levels of pollution in the air may be affecting the length of menstrual cycles in women.

A researcher from Inserm (Institut national de la santé et de la recherche médicale) tested the levels of pollution one group of women were exposed to, and compared them alongside their hormonal levels.

184 women, not on hormonal contraception, agreed to do a urine sample every one to two days throughout a complete menstrual cycle. Scientists then measured hormone levels corresponding to ovulation, in order to determine whether the length of the cycle would be affected by pollution. The 30 days preceding each cycle acted as the basis for any air pollution exposure.

The findings, published in the Environmental Pollution journal, suggest that the length of a woman’s menstrual cycle can increase if there is a certain concentration of fine particles (PM10) present in the air at their home address.

For every 10 micrograms per cubic meter increase in pollution particles, the follicular phase of the menstrual cycle extended by around 0.7 days.

The study has generated a new hypothesis, says Inserm researcher Rémy Slama, “suggesting that atmospheric pollution may disrupt the axis that controls the menstrual cycle.” The researcher also confirmed that findings corresponded with similar tests conducted on mice.

"Our research suggests that the time couples took to conceive was getting longer when they lived in polluted environments," he told Libération (translated from French).

Previously, atmospheric pollution studies have been linked to problems with the lungs, bloodstream, heart, brain and reproductive organs. But until now, very few studies have looked at the impact of pollution on ovarian activity and phases in the menstrual cycle.

The research took place at the Institute for Advanced Biosciences at the Université Grenoble Alpes.