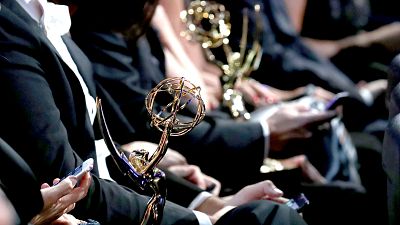 It’s January and that can only mean one thing, the glitz and glamour of award season will be dominating our timelines for the foreseeable future.

Amidst the endless analysis of who wore what and unexpected plus ones, recent years have seen more pressing global issues take centre stage.

It has become the prime time for household names to make bold statements about important global issues; from “#MeToo” to the fight for greater inclusivity in the film industry, award season has become an unavoidably political affair.

The first of this year’s events, the Golden Globes, was no exception as celebrities like Ellen Degeneres, Pierce Brosnan, and Cate Blanchett spent their time on stage asking those watching for donations to help battle the effects of the fires currently raging across Australia. Beyond immediate climate news, other attendees used the event to bring up more lasting concerns about these traditionally wasteful ceremonies.

After a year filled with widespread environmentalism that saw activists like Greta Thunberg rubbing shoulders with celebrity superstars, it’s unsurprising that this season’s cause is saving planet earth.

Kicking off award season on a positive note for mother earth, the Golden Globes served an entirely plant-based meal to celebrities and industry experts at the event. Attendees were presented with a menu which consisted of a chilled golden beetroot soup, risotto with king oyster mushroom prepared to look like scallops, and a vegan take on opera cake.

President of the Hollywood Foreign Press Association, Lorenzo Soria, told the Los Angeles Times that the organisation had made the decision after reflecting on the decade ahead and the pressing issue of the climate crisis. “The climate crisis is impossible to ignore and after speaking with our peers, and friends in the community, we felt challenged to do better,” said Soria. The last-minute move earned praise from one of Hollywood’s most involved environmental activists, Leonardo DiCaprio, as he thanked the HFPA on twitter.

“They wanted to make this change to send a good message,” chef for the venue, Matthew Morgan told the Hollywood Reporter, “It’s definitely the first Golden Globes that has gone vegan.”

Eco-conscious fashion choices were also trending across the red carpet at the season’s first event with sustainable, recycled looks providing alternative to the usual single-use outfits.

“Pretty Little Liars” actress Troian Bellisario chose to re-wear part of her wedding dress to an award show after-party. The skirt of the fluffy white ball gown she wore to marry suits actor Patrick J. Adams in 2016 was paired with a pink silk crossover top to create a whole new look.

Phoebe Waller-Bridge, creator and star of acclaimed TV series Fleabag, explained that her gold and black Ralph & Russo suit would be auctioned off to raise money for the ongoing wildfire crisis affecting much of Australia. “We’re going to auction it and the money that is raised from it will go to relief in Australia,” the Golden Globe winner said during a press conference following the ceremony, “It’s a beautiful idea from the team, so I’m really excited to be a part of that.”

Waller-Bridge wasn’t the only attendee making a big environmental statement with their wardrobe choice. As well as calling on fellow award winners to do more than just mention Australia in their speeches, “Joker” star Joaquin Phoenix has pledged to wear the same Stella McCartney tuxedo throughout award season.

The designer applauded Phoenix on twitter saying that she was “proud to join forces” with the actor as he “chooses to make choices for the future of the planet”. McCartney's comments drew criticism from members of the public who claimed that her praise was out of touch with the reality of most people's every day lives.

A spokesperson from BAFTA told euronews Living that the organisation is making changes to their working practices and award ceremonies. “The goal is that the EE British Academy Film Awards 2020 will be carbon neutral, working towards having a net positive impact on the environment,” BAFTA says.

Although they won’t be making the move to a plant-based menu, they say that the award dinner will be made using sustainably sourced produce alongside other sustainability efforts. BAFTA also highlighted their work through Albert, an organisation intended to support and inspire screen industries to transition towards a zero-carbon future.

Hopefully, this environmentally friendly start signals an industry change that will continue to make waves all the way through to the Oscars and beyond.