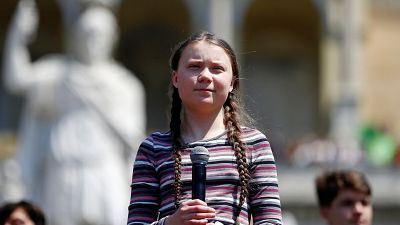 A beetle has been named after the young environmental activist Greta Thunberg to honour her efforts to raise awareness around climate issues.

The insect, now called Nelloptodes gretae or N. gretae for short, belongs to a family of beetles called Ptiliidae and is less than 1mm long. N. gretae doesn’t have eyes or wings either and is one of the smallest known free-living animals, according to the Natural History Museum.

Although the species of beetle has been around since 1965, when it was discovered in soil and leaf litter in Nairobi, Kenya, it has since been nameless. A sample has been in the hands of the Natural History Museum since 1978, alongside its full collection of over 22 million beetles. The museum welcomed the naming of this specific antennaed species when scientist Dr. Michael Darby analysed the collection.

Explaining the reasons behind his decision, Darby commented, “I chose this name as I am immensely impressed with the work of this young campaigner and wanted to acknowledge her outstanding contribution in raising awareness of environmental issues.”

N. gretae is now official after it was formally named in the Entomologist's Monthly Magazine, which charts all insects and ‘terrestrial arthropods’ from Britain and worldwide.

The Natural History Museum’s senior curator in charge of beetles, Dr. Max Barclay, commented on the apposite nature of the new name. He applauded the decision to honour Greta Thunberg, saying she was someone who “has worked so hard to champion the natural world and protect vulnerable species.”

Nelloptodes gretae is in good company at The Natural History Museum, next to another species of Ptiliidae named after David Attenborough.

Insects play a vital role in our ecosystems, performing many important functions. They pollinate blossoms, get rid of plant pests and feed on dead animals and fallen trees. The latter most applies to beetles, who recycling nutrients back into the soil. “If they weren’t around, the amount of decay and rot all over the place would be terrible”, says National Geographic.

The New Scientist journal published a worrying report earlier this year warning that a huge global extinction for insects was at risk. Over 40% of insect species could reportedly be extinct in the next few decades, with butterflies, dung beetles and bees most at risk.

The main reason cited was loss of habitat. Other factors that affect our insect wildlife populations include pollution, carbon emissions and the pesticides used on farms.

When it comes to beetles in particular, the risk is to do with a decline in ancient trees around the world. Most beetles survive on rotting wood. According to a study in the Guardian, 18% of saproxylic beetles are now classed as “vulnerable” and “critically endangered” as a species.