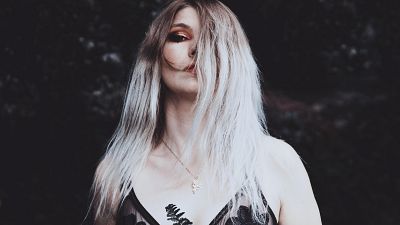 Halloween is yet another holiday where we give into the throes of compulsive consumerism. Characterised by excessive consumption of sweets, alcohol and synthetic costumes, it’s far from a sustainable time of year.

The charity Hubbub reported that an “an estimated 39 million people in the UK dressed up for Halloween last year, spending a total of £510 million on costumes alone.” In 2017, it was declared that around 7 million of these costumes ended up in landfill.

The amount of plastic refuse generated by the holiday is chilling, as The Fairyland Trust discovered after finding 324 plastic garments on the market at any one time. According to the trust, the 19 mass retailers stocking these items included Aldi, Argos, ASOS, Amazon, Boden, Boohoo, Ebay, H&M, John Lewis and Tesco. As you can probably guess, these leading stores are sure to be ransacked for costumes leading up to the 31st of October.

The study showed 83% of the material composition of the 324 pieces of clothing contained plastic, meaning a whopping 2,079 tonnes of plastic waste will be produced this year from costumes alone. The charity also suggested that many consumers are not even aware that polyester is a non-recyclable plastic. What’s more, the numbers don’t even include the impact caused by Halloween accessories, from devil horns and lanterns to witches hats.

With these frightening figures in mind, here are our tips for a greener Halloween without the sinister side effects.

Don’t be afraid to re-wear outfits from the past! Resurrect your garments from the dead and hold onto those cat ears from last year. Not only will your pockets thank you but the planet will too. Keep those spooky accessories in your drawers for next year.

Find a gem in a charity shop

If you can’t find anything you like, think about heading down to your local charity shop as you’re sure to find some goodies there. Be creative - dress up as something other than a skeleton or a witch!

Do a clothes swap and make an event of it. In other words, bring your friends together for autumn drinks and share your Halloween wardrobes. If you wouldn’t be seen dead in the same outfit as last year, this is the solution for you.

You’d be surprised how easy it is to create an outfit from things you already own. Card and craft supplies can be used to make an array of items like masks and bat wings, and more importantly can be recycled afterwards. Need we mention the old bed sheet ghost outfit? Always a winner.

More often than not, the best costumes are created by good make-up or face paint. If you don’t want to invest in an outfit, simply spend your money on something you can use all year round, like a smoky eye palette for that ghostly look.

Finally - don’t be left in the dark about clothes waste. The majority of Halloween costumes are all black anyway. Think about wearing some running leggings you already own and a simple black top to avoid purchasing that overpriced, synthetic catsuit you were mulling over.