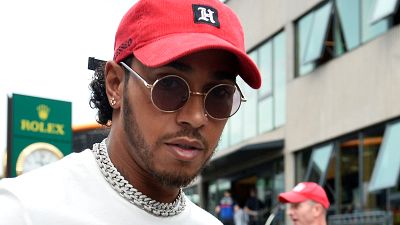 Lewis Hamilton, five-time Formula One World Champion and follower of a plant-based diet, is set to launch a new vegan burger chain on Monday 2nd September as the first Neat Burger opens just off of London's Regent's Street. The restaurant is claiming that it is the 'first plant-based sustainable burger chain of its kind'.

Hamilton is entering this into this venture with co-investor Italian entrepreneur, Tommaso Chiabra. Chiabra was one of the first substantial backers of US meat-alternative manufacturer, Beyond Meat, whose burger mix forms the base for the patties used by the fast-food restaurant.

In a press release, Chiabra explained his investment into meat alternatives "The meat industry is the biggest contributor to greenhouse emissions and its environmental impact is no longer sustainable together with the growth of population. Neat Burger aims to disrupt the non-sustainable food industry and become a force for good".

But it isn't just dedicated plant-based enthusiasts that Neat Burger is hoping to attract. Neat burger "promises to transform the way people see plant-based food"  in order to appeal to all individuals looking to eat meals that are more sustainable and better for their health. Hamilton tweeted that the restaurant's burgers "taste incredible, provide a healthier high street alternative and will win the hearts of meat-eaters, vegans and everybody in between."

Offerings available at Monday's launch consist of Neat Burger's three core burger options; 'The Neat', 'The Cheese' and 'The Chick'n' as well as a plant-based hot dog. Sides will include skinny fries, sweet potato fries and tater tots. Alongside these food options, ethical Lemonaid sodas and Just Water, a brand launched by Jaden Smith last year, will be stocked by the restaurant.

News of the launch closely follows a test run by KFC in Atlanta, USA where its plant-based chicken sold out in just five hours. The vegan nuggets and boneless wings that the fried chicken legends added to their store as part of this 'Kentucky fried miracle' in Smyrna, Atlanta were also made by Beyond Meat.

Vegan fast food is one of the largest growing markets for takeaways in the UK as well. Food delivery platform, Deliveroo saw the number of completely Vegan restaurants on the site rise by 128 per cent in the last year.

A spokesperson for Deliveroo told Euronews Living that orders of vegan meals had increased by 322 per cent over the last two years stating that "we're no longer tied to traditional notions of takeaway food instead opting for a more diverse and healthy approach to food delivery".

What is monkeypox and is it dangerous for humans as well as animals?