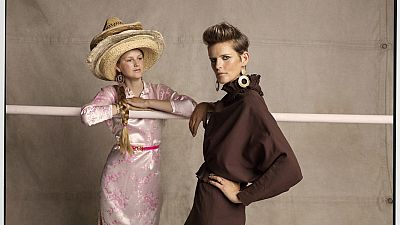 UK charity, Oxfam, has launched a campaign to get shoppers to stop buying new clothes this September. Secondhand September asks consumers to take a pledge to buy no new pieces of apparel for 30 days.

Oxfam claims that the amount of clothing sent to landfill in the UK each year has a weight equivalent to the Empire State building with 11 million items thrown away each week. According to the charity, every year it saves 7.3 million kg of this clothing to be recycled or sold in its second-hand shops.

Not-for-profit, WRAP, estimates the annual carbon footprint of a UK household’s new clothing to be the same as driving an average modern car for nearly 10,000 km whilst using enough water to fill over 1,000 bathtubs.

One of the key areas which the WRAP ‘Value our clothes’ report identifies as having the potential to help reduce consumption is pre-owned clothing. They state that extending the active life of clothing by just nine months can significantly reduce its environmental impact.

Oxfam is challenging people to buy no new clothing for the 30 days of September in an effort to reduce this environmental impact. It's a time when, as temperatures start to drop and the back to school season begins, there is a potential for even more shopping than usual. They hope that the campaign will draw attention to the problem of clothing waste but also show consumers that second-hand clothes can be fashionable too.

A whole host of prominent figures have got behind the campaign with artists like Gabrielle Aplin, Lewis Capaldi and Billie Eilish donating items to be sold in Oxfam’s Online Shop. These items were donated in conjunction with the launch of Secondhand September at Glastonbury earlier this year and will help to fund Oxfam’s charitable works. Pop superstar, Kylie even donated a sun visor she wore during her performance on the Pyramid stage.

Supermodel, Stella Tennant, has taken part in a photoshoot alongside her daughter styled using clothes from the charity’s online shop to promote the campaign.  In an interview with Oxfam, she said: “I’ve worked in the fashion industry for 25 years and it’s clear to me that nowadays we all have to think a lot harder about how we consume”.

Her daughter, Iris, went on to say “My generation often wants the newest, latest things. But that causes problems for people in other countries and the planet. What’s good about shopping in charity shops is you know the clothes are not making climate change worse.”

Secondhand September has also won support from various members of UK parliaments. Mary Creagh MP, chair of the UK Environmental Audit Committee (EAC) and Labour MP, linked the campaign with the EAC’s call for an end to throwaway fashion.

Alison Johnstone, MSP for Lothian and Co-leader of the Scottish Greens, tweeted her pledge to ‘say no to new’. She told Euronews Living “Raising awareness of, and reducing the impact of the fashion industry on our environment is essential” adding that she felt the campaign was important as it “helps people pause for a moment to consider whether they really need that new item, and that’s a habit worth encouraging.”

You can sign up to take the pledge yourself on Oxfam's website and the charity will supply you with tips on shopping, styling, and inspiration to help encourage you to make it through the 30 days.