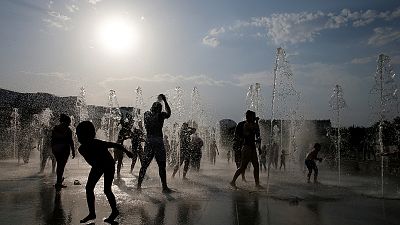 July was at least tied for the warmest month ever recorded, with average temperatures close to 1.2°C above the pre-industrial level.

July was drier than usual in Southern Africa, Australia and parts of Europe.

In many other regions, the month was wetter than average — particularly across South and Eastern Asia.

Very dry conditions across Europe — from France to Ukraine — coincided with another record-breaking heatwave.

Temperatures were particularly high over Alaska, Greenland, parts of Siberia, Central Asia and Iran, as well as large parts of Antarctica.