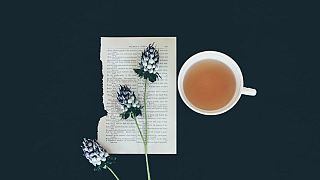 Nested in an 18-metre sea creek in south Cornwall is an ancient family estate putting the English into English tea. “No one thought it could be done,” says Bella Percy-Hughes, marketing manager of the Tregothnan Estate near Truro, whose tea plantation is bringing this quintessential British drink to the nation’s doorstep.

Tea is a British obsession, yet Tregothnan was the first - and so far only - plantation on English soil. “I think it was just one of things, no one really knew that it could be done and so therefore didn’t try,” Beth says. More synonymous with the foothills of the Himalayas, Sri Lanka, or the undulating fields of East Africa than Europe, tea plants are not an easy crop to cultivate - they are very particular about their environment and require just the right conditions to thrive - and even if you get those right, the rewards can be painfully slight.

How can Tregothnan produce such excellent tea?

But while Tregothnan may be the first to produce camellia sinensis - tea bushes - in number in the UK, this variety of plant is as suited to the Cornish climate as it is to the British palettes. This corner of the UK is blessed with its own micro climate, its damp and humid conditions mirroring that of the foothills of the Himalayas where the ‘champagne of teas’ Darjeeling is grown.

Home to the Boscawen family, Tregothnan is a living and working private estate dating back to 1334. The 2,000 acre estate’s garden has been shaped by a family passion for plants and horticulture and supports a variety of exotic species of fruit trees and rare plants - it was the first place in Britain to grow what is now the ubiquitous camellia tree. The success of the prevalent camillia sowed the seed of the idea that camellia sinensis themselves would thrive in this environment.

Surrounded by the river Fal, Tregothnan’s location is critical to the success of the plantation, explains Bella. The deep sea creek protects the plants from the salty air from the Atlantic while the Fal warms the earth, staving off dangerous deep frosts. And, of course, the rain, which may not be much welcomed by those holidaying on Cornwall’s famous beaches, but is lapped up by the grateful bushes.

What's the history of this tea estate?

Ornamental camellia sinensis have been grown on the estate for 200 years, but it was the-then head gardener Jonathan Jones (now head of trading) who took up the idea of growing tea commercially in this part of Cornwall. Tasked with matching the tea plant to the local climate, he travelled to tea growing regions around the world, and bushes were sent to Tregothnan and planted in the experimental tea garden. There, it was discovered that the tea plant used to make Darjeeling, was most at home. Tregothnan’s first harvest in 2005 produced just 28 grams of tea - enough for roughly 10 cups, says Bella. But its output has grown significantly since then and Tregothnan now processes roughly 20 tonnes of tea a year - that’s 60 million cups of tea.

The enterprise has caught the imagination of those around the world, particularly in the Far East where the unique Englishness of it all - a family estate growing its own tea overseen by “a brilliantly eccentric Englishman," could be the background of a Richard Curtis film! The tea is sold in supermarkets in Japan and the estate regularly welcomes backs repeat visitors from China - the home, of course, of tea.

Finding the right blend of conditions to make the perfect brew are already considerable, but climate change is adding even greater uncertainty to an industry reliant on the elements.

How will the changing climate affect the tea?

“Obviously the climate will be constantly a worry because you have to get perfect conditions in order to achieve it (the tea growing) so if we keep getting cold winters we will struggle to keep baby bushes alive,” says Beth. “And if we get very dry springs, early summer, it’s difficult to get baby plants into the ground because the ground is too hard.”And last year’s hot, dry summer caused the teas to go into “Kenyan winter” - a hibernation state. “We didn’t have the best harvest ever last year,” Beth admits.

But while agriculture braces itself for an uncertain future, Tregothnan, Beth explains, is leading the way with innovative ideas to overcome climate-related obstacles. “We’ve come up with unique ways of irrigation. We used a drone on our camomile crops because it’s very difficult to be able to access camomile without destroying it, so we flew a drone over the top of it and the vibrations from the drone knocked the water from the top down into the soil,” she explains.

Where is this tea available?

And the brand has also innovated itself within a crowded market, taking tea from the kitchen table into the luxury arena. The unique nature of Tregothnan teas mean their 25 products are not your average builders’ brew. Unsurprisingly, the tea produced at Tregothnan has the same delicate taste of Darjeeling “it’s quite light, quite floral tasting, exotic and aromatic,” says Beth.

“Raymond Blanc and his team came here to devise the tea so it was created by his own palette,” says Beth. “He created a tea which is probably one of the rarest in the world because it’s got manuka flower in it. This is the only place in the world where manuka flower and tea are grown together - it makes it an incredibly special tea.”

Beth describes the result as a “macho Earl Grey” that is “good with meat”. “You’ve got the citrusy, slightly floral sweetness from the bergamot oil and the manuka flowers, but it’s slightly smoked so it gives it a slightly beefier taste - it emboldens it.”

Nearly two decades on from Tregothnan’s first harvest, there is little competition outside of the four large markets - China, Indian, Kenya and Sri Lanka. Beth says: “I think lots of people are keen to try, maybe they try and they’re somewhat successful and find that it’s such a lot of work for not a lot of gain that they don’t manage to achieve it. We thought that 20 years later there would be far more competition and even now there are very, very few places that are managing it successfully.”

But while its tea may be delicate, Tregothnan is going from strength to strength, adding its own chapter to Britain’s tea love story. We’ll drink to that.