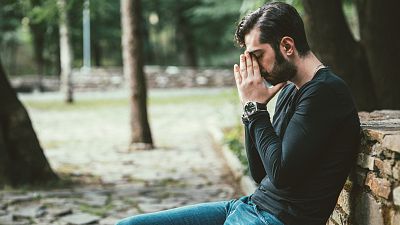 Yesterday was World Environment Day and, as you would expect, plenty of articles were circulating shocking statistics about climate change, with an emphasis this year on the impact of air pollution. A publicity stunt took place outside the UK Houses of Parliament involving a ‘washed up sea creature’ entangled in plastic, and people around the world pledged to go plastic free for the duration of the day. But some of the most interesting news released yesterday involved a recent study by You Gov, showing that climate change concern is at its highest level on record in Britain.

How concerned exactly is the UK?

You Gov, the international data analytics firm headquartered in the UK, has revealed a graph showing that the British public is now more concerned about the environment than ever before. In fact, the statistics indicated that it’s the third most pressing issue facing the UK, after Brexit at number one, and health at number two. Writer and activist Jamie Kelsey Fry shared the news in a tweet:

The graph shows that 27% of Britons view the environment as extremely concerning, putting it behind the top two national concerns of the moment, Brexit at 67% and health at 32%. When it comes to the younger generation, the figures raise all the way to 45% in 18-24 year olds, in their concern for environmental issues.

Crucially, we were interested to learn that concern levels raised just after the Extinction Rebellion protests took place in London, implying that the pressure group were effective at raising the alarm. It seems the capital’s climate change demonstrations may have achieved what they intended – to heighten concern and induce a feeling of panic around this global crisis. Combined with Greta Thunberg’s inspirational activism over the same period, publicity around these issues has unmistakably been boosted and the movement has managed to break through the 'activist bubble.'

A worrying new form of anxiety has been coined by psychologists of late. ‘Eco-anxiety’ is said to be driven by apprehension over climate change, manifesting as a form of existential crisis. The threats to our natural world are very real and very worrying, so much so that people suffering from the condition are going to therapy as a result of panic.

Feeling overwhelmed and anxious is not at all uncommon, with anxiety disorders now affecting more than one in ten British adults. But eco-anxiety is being felt worldwide, with the American Psychological Association describing it as “a chronic fear of environmental doom” and Psychology Today defining it as “a fairly recent psychological disorder afflicting an increasing number of individuals who worry about the environmental crisis”.

Eco-anxiety seems to be on the rise in a very real way, but at least the condition is being taken seriously and professional help is available for those who are struggling to come to terms with the climate emergency. While this may be the case, we can’t help but wonder if panic must indeed be felt, in order for anything to change. As, those in positions of power have denied the full impact of global warming for too long.