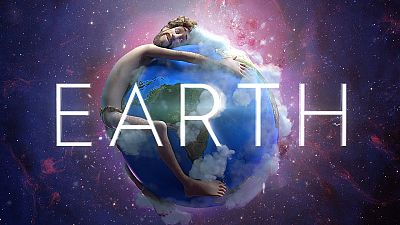 No but really, what could these three possibly have in common? Could it be something to do with Earth Day 2019? It's not all doom and gloom when it comes to the environment, there are plenty of uplifting stories in the news at the moment, never mind these amazing eco initiatives led by some big names.

American rapper Lil Dicky has collaborated with Leonardo DiCaprio to release a celebrity charity song in celebration of Earth Day 2019, and it’s really quite catchy. Nowadays, DiCaprio is better known for his environmental activism, so it comes as no surprise that he was heavily involved in the production the single, ‘We Love the Earth’.

The all-star song is all about preserving planet earth and focuses on the theme of climate change through fun, animated visuals featuring a whole host of celebrity voices. The list includes pop superstars like Ariana Grande, Ed Sheeran, Sia and Justin Bieber, who all make a cameo appearance as animated animals, to sing one line of the song (Ariana Grande is a zebra).

But aside from the song, there is also an accompanying website https://welovetheearth.org/ with simple and informative tips on how we can all help to preserve our natural resources, we recommend taking a look.

Earth Day Network teamed up with twitter this year to release a special edition emoji called ‘earth is in our hands.’ Just as you’d expect, the emoji features planet earth being held up by a pair of hands and can only be ‘unlocked’ by using the hashtag #earthday on twitter. Earth Day Network will run the twitter emoji for 365 days in recognition of the urgency of the environmental challenges we face globally.

It’s just a shame we can’t use it on every social media platform!

Dutch Victoria’s Secret model and ambassador for Knot On My Planet, Doutzen Kroes, has launched a new campaign to honour Earth Day. Kroes joins the British sustainable accessories brand Bottletop to announce the #TOGETHERBAND campaign, selling ethically-produced friendship bands. Every friendship band comes in the colours of each of the UN Global Goals and the campaign hopes to engage over a billion people with the issue.

The best part about these bands is that they are made from upcycled ocean plastic from Costa Rica and recycled steel from seized illegal firearm metal from El Salvador. As if that isn’t ethical enough, the production of the accessories generates skills for women working as artisans in Nepal.

100% of profits go towards removing plastic from the ocean and for every band purchased, you receive a second band to share with a friend, helping to spread the environmental message far and wide.

“I grew up interested in conservation: we were conscious of the water and the plastic we used and we always ate from our own garden. But it was when I took my son on safari to Kenya and learned about the elephant poaching crisis that I knew I had to do something. For the first time in my life I felt that I had job with a purpose.”