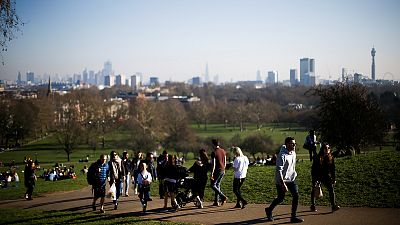 This edition of Climate-Update, in conjunction with the European Earth Observation Programme Copernicus, presents the latest monthly update on the global climate: February was marked by above average temperatures across Europe, while the global temperature was also well above average, 1.1°C higher compared to the pre-industrial era.

In February, the global temperature was well above average. Conditions in the US, notably California, were quite wet, while the southern hemisphere was generally drier than average. Queensland in Australia was the exception after rain led to large-scale flooding.

In Europe, February began with lower than average temperatures. Heavy snowfall in Bosnia resulted in severe flooding and landslides. By the end of the month, however, conditions were drier and extremely warm for the time of year. France, Spain and Romania all saw wildfires.

Sea ice is decreasing globally, especially in the Arctic. In the Antarctic, there is no such trend, though sea ice for February has been below average for the last four years.