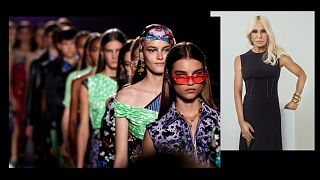 According to their press statement, an agreement has been signed to acquire all of the outstanding shares of the Italian luxury fashion house for a total value of €1.83 billion

"This is a very exciting moment for Versace,” said Donatella Versace, according to the press release. “It has been more than 20 years since I took over the company along with my brother Santo and daughter Allegra. I am proud that Versace remains very strong in both fashion and modern culture.(...)Allegra and I recognize that this next step will allow Versace to reach its full potential."

The Italian fashion icon has been considering a market listing after US private equity group Blackstone bought a 20 per cent stake back in 2014 to fund overseas expansion.

According to the statement, increasing the number of retail stores globally from approximately 200 to 300 is among the long-term goals, as well as growing the global revenues and accelerating e-commerce development.

Michael Kors has bought several fashion labels recently, including the London shoemaker Jimmy Choo for just over a billion euros.