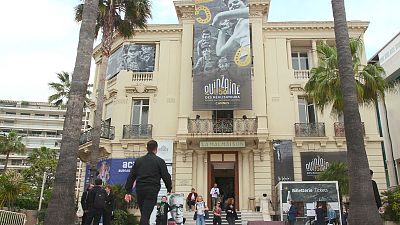 The Directors Fortnight (Quinzaine des Réalisateurs in French) is one of the biggest film selection happening during Cannes Film Festival outside the official program. The jury isn't composed of film directors but film critics and professionals, whose goal is to find the talents of tomorrow. The selection is non-competitive. Talents such as George Lucas, Ken Loach, Michael Haneke, Spike Lee and Martin Scorsese have shown their film during the "Quinzaine".

This year marks the 50th anniversary of the Directors Fortnight. Celebration started with an award - the Carrosse d'Or - given to Martin Scorsese during a moving ceremony hosted by co-president of the French Directros Guild, Rebecca Zlotowski and Céline Sciamma. In an exclusive interview for Living it, Sciamma reminded us of the politics behind the Directors Guild and Directors Fortnight. Indeed, these were initiated in the late 60's to counter Cannes Film Festival considered too elitist with its red carpet and serious black tie dress code.

The genesis of the movement is currently exhibited under the title Cinéma(s) en liberté inside the brand new gallery, Le Suquet des Artistes in Cannes until 27th May. We toured the exhibition with Bruno Icher, a prominent film critic and member of the Directors Fortnight selection committee.