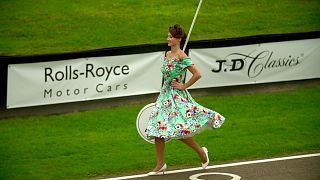 A dreadful noise resembling a series of muffled groans cleaved the air. Instinctively, everyone raised their heads and looked to the sky for the source of the sudden cacophony. Amid the clouds we caught sight of a Spitfire following its Second World War route, the throbbing increasing all the while as it drew nearer and nearer. 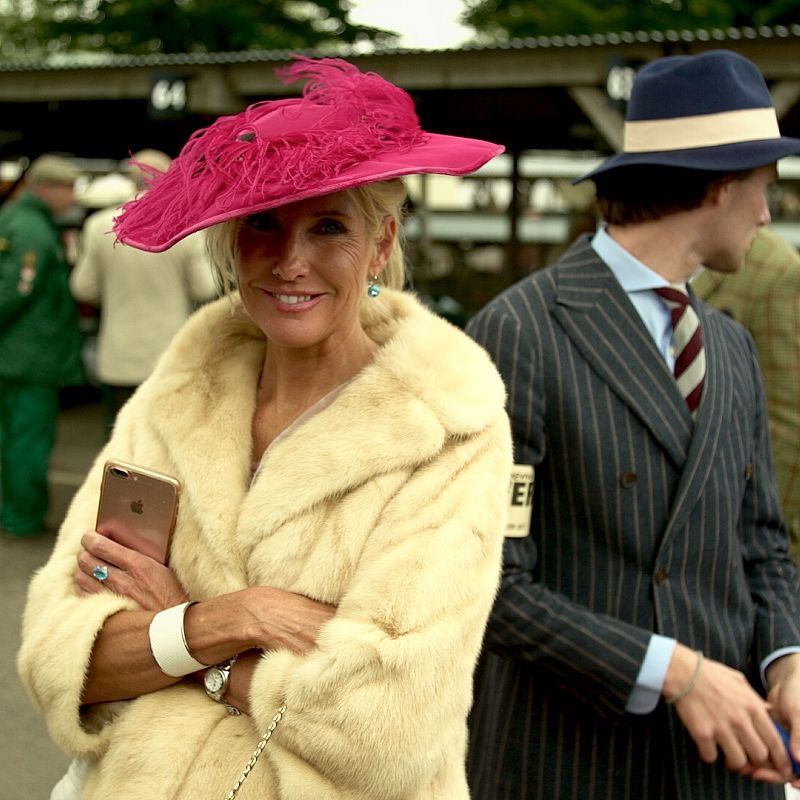 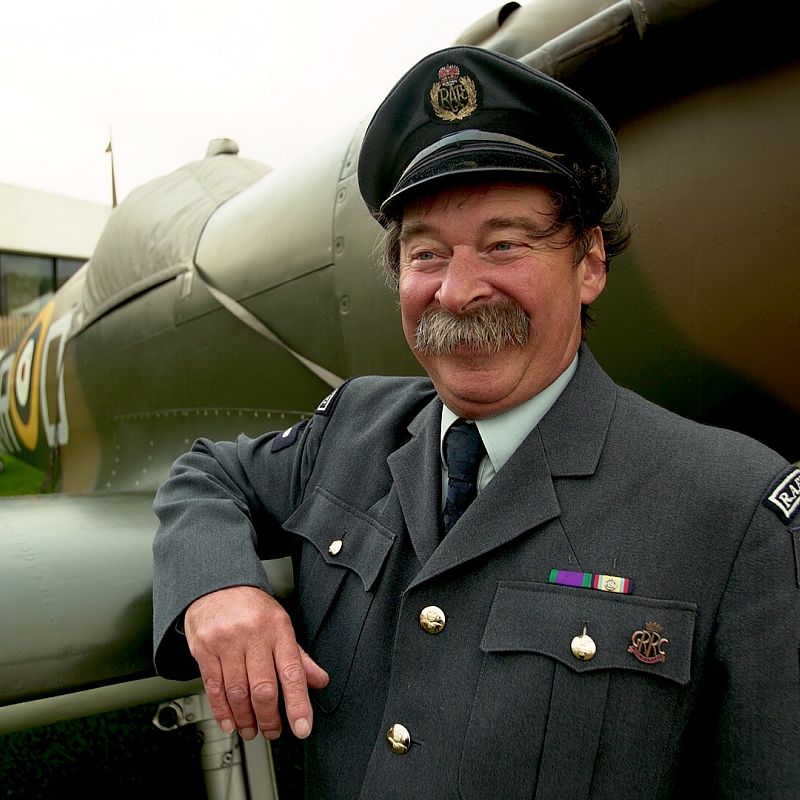 Our pocket watches told us that it was not yet 10 o’clock in the morning, but everyone was already in their glad rags: suits and ties for the gentlemen, high heels and fascinators for the ladies. A gust of wind buffeted the crowd. Some straw hats flew away: the pinup girls with their immaculate retro hairdos picked up the pace.

There was no doubt about it: we had definitely arrived at the Goodwood motor circuit for its annual Revival, consisting of three days of races and beauty contests. A commotion arose from the paddocks where all the vintage cars were parked: models from the 30s through to the 60s. A small group of onlookers crowded round a car which an engineer in white overalls was running with the bonnet up.

There is no need to be an expert in car mechanics to appreciate this event. It’s one of the rare occasions at which members of the general public can gain access to collector cars, veritable relics of a bygone age, the majority of which spend most of the year stowed away under a tarpaulin in their owner’s garage… or in a museum. 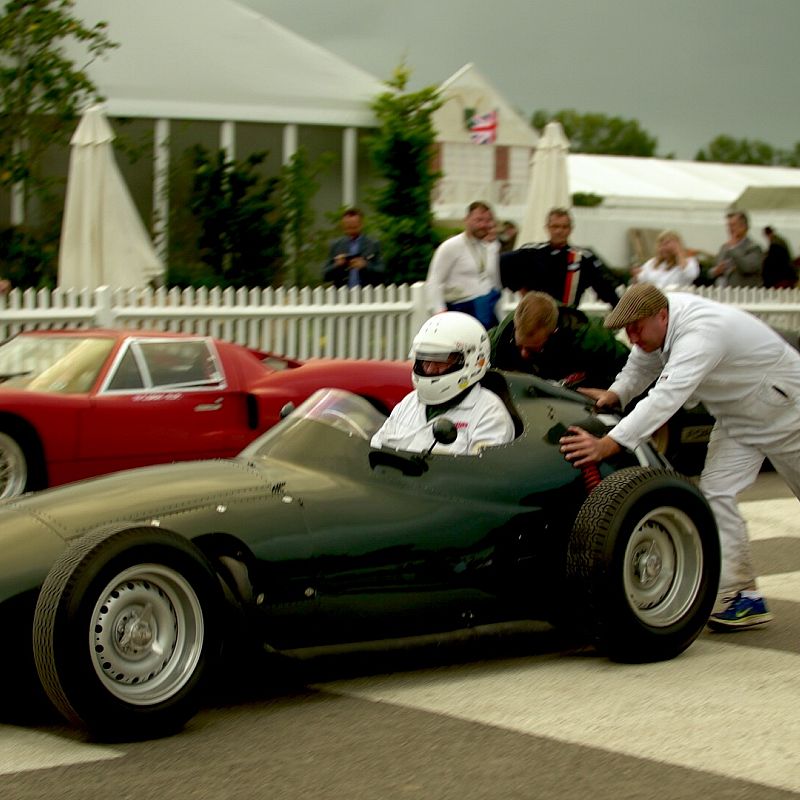 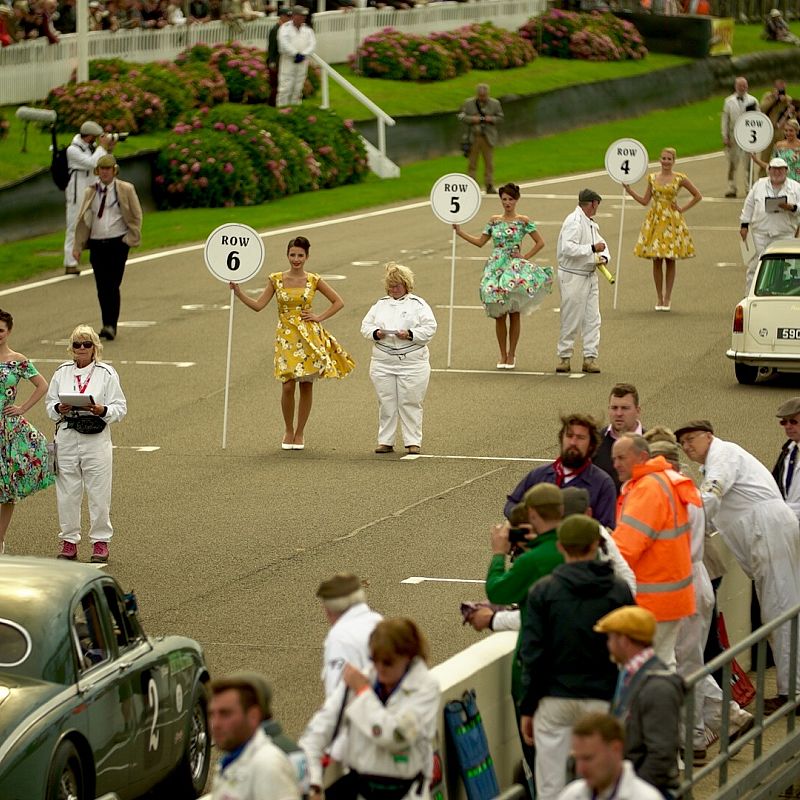 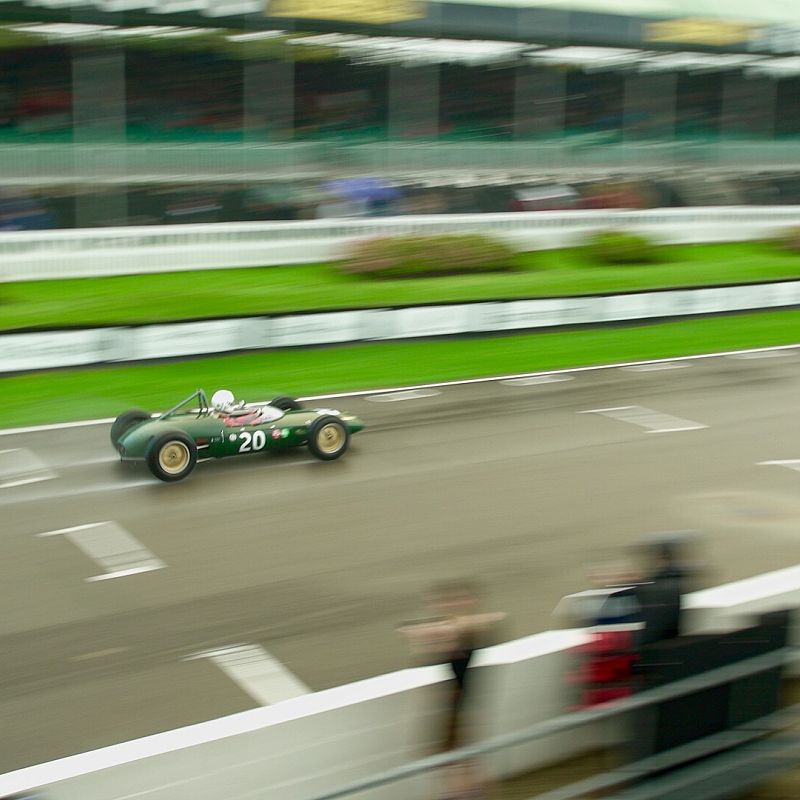 Next to the race track it was impossible to hold a conversation. The start of each race was preceded by a concerto of deafening and spectacular rumblings from the cars. Between two races we covered the 3.8 kilometre circuit in a Rolls-Royce Phantom 5. It gave us a chance to drink in the sheer scale of the event: a historic reconstruction on a grand scale that had brought together a record 138,000 people the previous year.

In 1948 Goodwood Park, an old RAF aerodrome, was transformed by the Earl of March—ancestor of the current owner—into a car racetrack so that it could host official competitions. It was in operation until 1966, and it is particularly this heyday that the Revival celebrates via the medium of the sleek bodywork that encapsulates the fashion and style of days gone by. 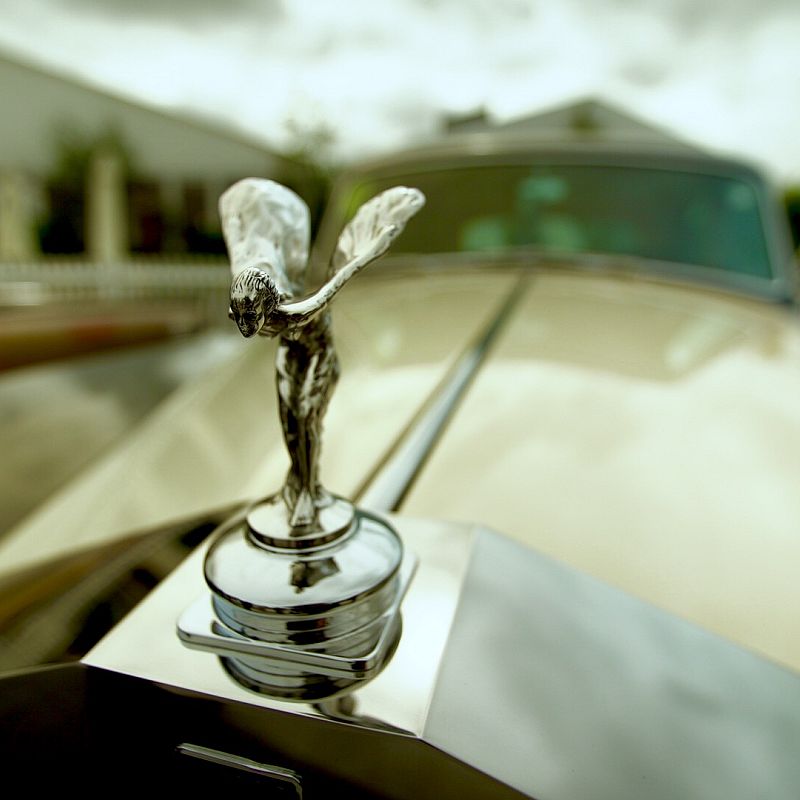 It is hardly surprising, therefore, that it is at Goodwood that Rolls Royce, that celebrated British car maker, chose to locate its only manufacturing site in the world. During a private visit, for which the cameras stayed at reception, we learnt that each model was absolutely unique and made-to-measure. Around 4,000 models were produced annually, and the manufacturing process for each one could take between five months and an entire year depending on the complexity of the specification.

Some clients, for example, sent a lipstick or a photo of their pet to indicate the colour that they wanted for their bodywork. That colour was then precisely reproduced by Rolls-Royce, they told us, and belonged to the owner of the car for life. Indeed, authorisation had to be sought in order to produce a second model in the same shade.

It’s this complete extravagance, with a healthy dose of dreaming, that mere mortals seek out at Goodwood. The Revival gives them a chance to escape from the present day for a weekend. 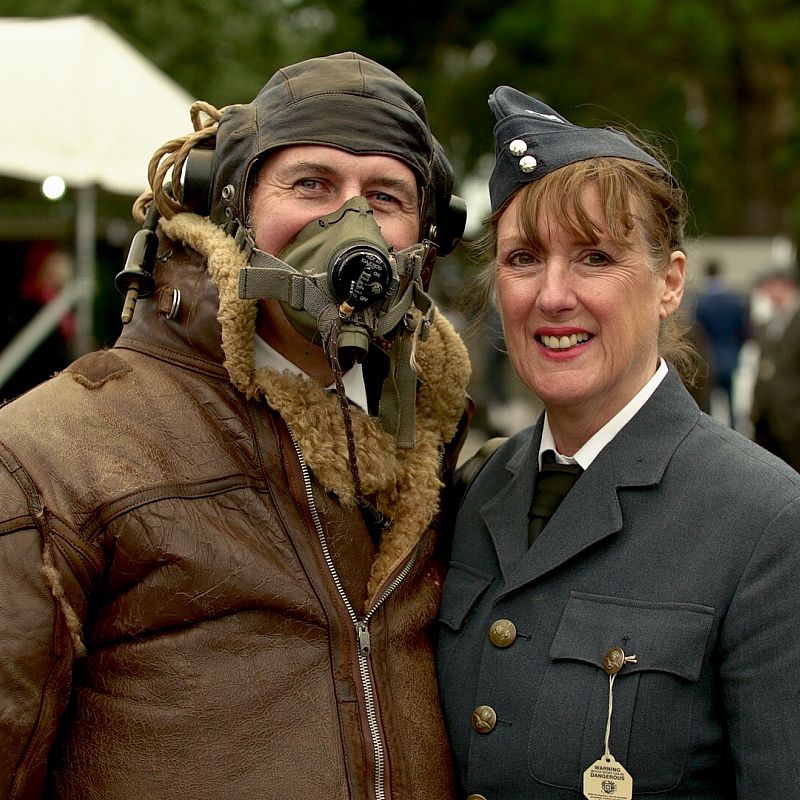 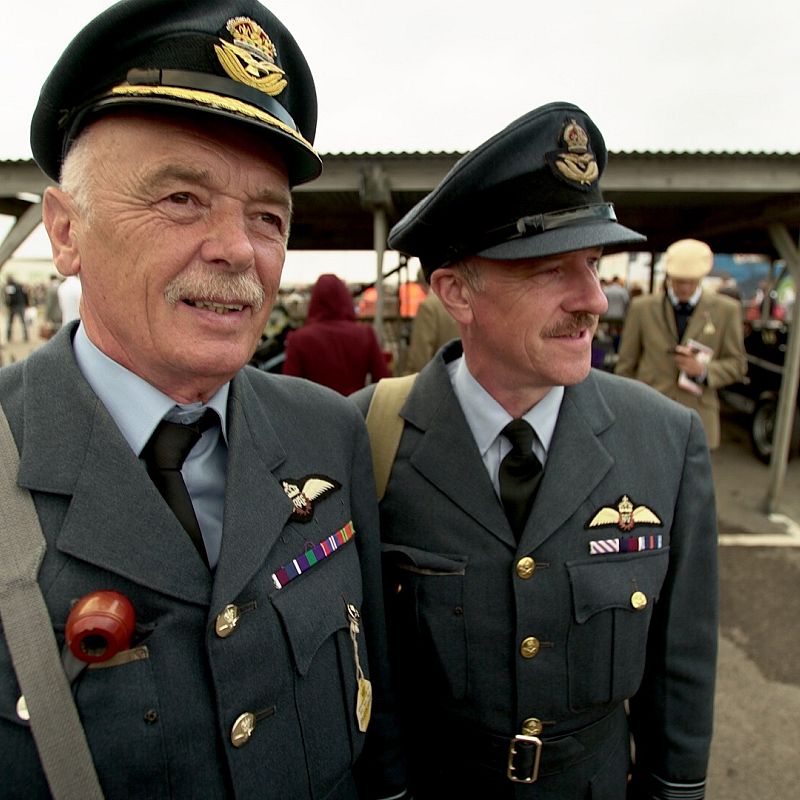 And, even if the festival did end in the fog and beneath torrential rain—typical English weather—each and every one of us left safe in the knowledge that we would be back again the following year.