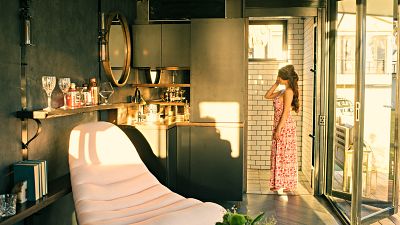 The container has had a makeover.

Having finished its life of transporting cargo across the world’s oceans, second-hand shipping containers have always been seen as offering the potential for reuse. But traditionally their role has always been at the lower end of the market, as cheap, temporary homes for refugees or movable accommodation for frontline soldiers.

Anatoly Mezhov and Irene Polo saw a more glamourous future for the -let’s face it, architecturally unimaginative, steel boxes. And the pair, who hail from Kazakstan and Ukraine respectively teamed up in Australia to make it happen.

Their company, Contained, was founded in 2012. They started with the creation of a pop up restaurant in Fremantle, Western Australia, which later on was incorporated in a foodie and incubation hub, The Mantle, based inside a historic warehouse.

But their most innovative project is a luxury pop up hotel contained within a container, in St Kilda, Melbourne, Australia. 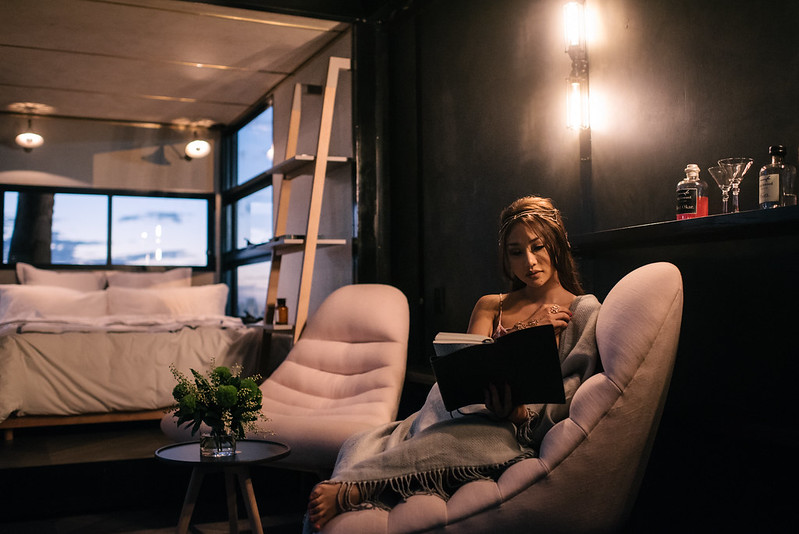 “What started off as conversions for restaurants and bars to activate underutilized and beautiful spaces evolved into creating bespoke rooms for short term accommodation,” Anatoly Mezhov says.

The base of the pop up hotel is simple – the structure of a 20-foot container.

So what makes it luxury?

Actually, the industrial container has been totally modified and it includes a windowed bedroom, a kitchenette, and a bathroom, with stylish elements of interior design.

We are “currently working on several projects incorporating Contained structures as hospitality and accommodation retreat with a focus on sustainability, eco luxury and some self-sustaining farming elements in urban and regional contexts in Melbourne and Sydney,” says Mezhov.

When we speak about pop-up places, we usually think of a temporary space. However, in the case of the hotel created by Contained, the pop-up element means you can choose to travel with the hotel, since it can be set down anywhere.

“With Contained you have the flexibility to pick up the structure, relocate it, bring it back or replace it with another structure or more of a brick and mortar building or fit out,” Mezhov says.

“We are not a builder or supplier of container houses, retail, office or hotel rooms. Luxury in a container is just using beautiful finishes and working with local craftspeople, incorporating soulful elements in the fit out. We don’t hide the fact that it is an industrial structure but rather incorporate and celebrate structural steel components in the design and compliment with softer and bespoke finishes,” he adds.

“We design every little detail and work with local craftspeople from painters, furniture makers and other hand made elements to give the space a sense of boutique, luxury, and soul,” he adds.

However, there are certain elements of design that Irene and Anatoly have to keep in mind when converting a container into a luxurious living space.

As Anatoly declares, these are “functionality, clever conversion, the right colors, flow and openings to make it larger than just the original box.”
The pop up hotel has an all-seasons potential since the containers are fully insulated and have a split air conditioning for heating and cooling.

But in the end, why would somebody choose to live or to set his business in a container?

Because “it is sustainable, flexible, low risk and liberating,” Mezhov concludes.

5 stunning examples of green architecture around the world