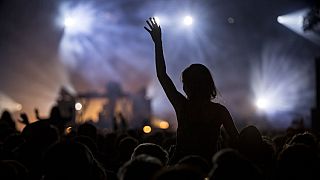 Meo Sudoeste Festival
The Sudoeste festival takes place in the picturesque Alentejo region. The festival site is 10 minutes from the town and beach of Zambujeira Do Mar. From majestic light effects to staggering stages, every year the festival remains worthy of its reputation as an icon of the European music scene.

Sziget Festival
The Island of Freedom! Located in Budapest, Hungary, it is one of the largest music and arts festivals in the world and it celebrates its 25th anniversary this year. It is held on a leafy 108-hectare island on the Danube. More than 1,000 performances take place each year and nearly 500,000 people from more than 120 countries attend. You won’t get lonely…
Location: Budapest, Hungary

Flow Festival
Flow Festival is a multi-genre festival located in a defunct power plant near the centre of Helsinki. The event, which attracts around 75,000 people, brings together an eclectic selection of music and urban arts. The music at Flow Festival varies from indie rock to contemporary club sounds and in addition you’ll find film screenings, talks, design, as well as food and drinks.

La Route du rock
The bi-annual summer music festival brings with it an alternative offering of indie and rock on the coast of Brittany. Held in the town of Saint-Malo, the sandy beaches and beautiful Fort de Saint-Père add to its unique charm!

Creamfields
Creamfields is a dance music festival with both DJs and live acts. In addition to the original Creamfields, close to Liverpool, there are other festivals under that name in Andalusia, Buenos Aires, Istanbul, Mexico City, Moscow, and all around the globe. The Liverpool festival takes place annually on the weekend of the UK summer bank holiday in late August. The one-day festival is organised by the creators of the Cream Clubbing brand. Are you ready to dance?

Rock en Seine
On the banks of the Seine in the French capital 100,000 people gather for Rock en Seine which offers up a weekend of rock, pop rock and a shot of reggae. As a bonus, the city centre of Paris is also just a walk away.

Reading / Leeds Festival
As one of the oldest in the world, the festival has been writing history for more than 55 years. The diverse line-up, from indie and punk to urban and electro, reflects the changes in visitor musical taste but still presents some of the best rock acts of the summer.

Dimensions festival
Dimensions Festival is an underground electronic and urban music festival on the coast of Croatia. Set in an ancient Roman fortress, the spectacular setting plays host to some of Europe’s best loved names from the worlds of house, techno, urban, reggae, drum ‘n’ bass and more.

Bestival
For the first time, Bestival is moving from the Isle of Wight over to mainland England in Dorset. The quality of music, however, has not changed. Aside from the music, Bestival has lined up several World’s Biggests: World’s Biggest confetti canon, World’s Largest disco ball and the World’s Biggest bouncy castle. The 50,000+ visitors are sure to be well entertained

Lollapalooza Berlin
It was a long journey for the American festival, but in 2015 the Lollapalooza finally managed to cross the Atlantic. This year again, it returns to Berlin in September, packing with it a diverse line up that make it one of the hottest festivals in Europe. Just perfect for ending your summer.