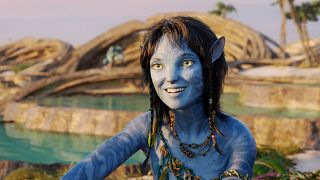 There is a glimmer of hope for French cinemas. According to figures released by the French National Cinema Centre (CNC), audience numbers were three-quarters of their pre-Covid attendance numbers – with 152 million admissions in 2022.

The CNC also pointed out that the supply of promising films in 2022 was still not equivalent to that of the pre-Covid years.

"This is a very encouraging result in a still atypical context. France is recording one of the best recoveries in the world, with a more limited decline compared, for example, to the United States, South Korea, Germany, Spain or Italy," said Dominique Boutonnat, president of the CNC, in a statement.

In 2022, the top five selling films remain American blockbusters – including Avatar, Top Gun, and the Minions, to name a few.

But the market share of French films "has been maintained at the high levels it has reached since 2020," particularly because of the pandemic and the "relative scarcity of supply of American films," notes the CNC.

"Avatar: The Way of the Water" by James Cameron was the biggest hit of the year in France, with 7.6 million admissions since its release on December 14.

Review of the year: Europe's diversity shines through its cinema