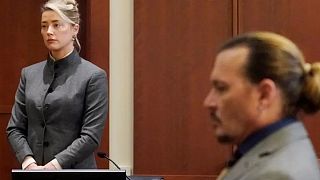 Heard, 36, said that she will not be going ahead with a planned appeal after their trial in the US. The terms of the settlement were not immediately clear.

In an Instagram post, the actress said that she came to the decision after "a great deal of deliberation."

"I defended my truth and in doing so my life as I knew it has been destroyed. The vilification I have faced on social media is an amplified version of the ways in which women are re-victimised when they come forward. Now I finally have an opportunity to emancipate myself from something I attempted to leave over six years ago and on terms I can agree to."

The actress added that this post is not an admission of any actions, and "not an act of concession".

The news comes in the wake of Heard seeking to appeal against the verdict in her legal battle against Depp, 56.

Depp had accused Heard of defaming him in a 2018 op-ed she wrote for the Washington Post. The jury previously awarded Depp $10 million in compensatory damages and $5 million dollars in punitive damages.