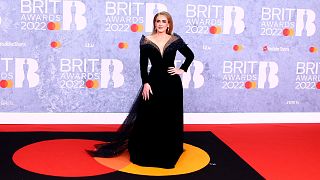 A new music award is being launched for artists that get over a billion streams in the UK.

The British Phonographic Industry (BPI), the company that runs the BRIT Awards, the Mercury Prize, and co-owns the Official Charts Company, has announced the new award:  the BRIT Billion.

Part of the BPI’s role is to award the sale certifications for music in the UK. Whenever you hear about an album being certified platinum, gold or silver in the UK, it’s a BPI Certification.

Since the advent of streaming, keeping track of a song’s sales and popularity has become harder. Songs can become some of the most recognised tracks of a year without anywhere near the same numbers when it comes to physical sales.

Recognising this shift, BPI introduced steaming media to single releases in 2014 and for album release certifications in 2015.

BPI Certified was also rebranded as BRIT Certified Awards in 2018.

It is expected to launch in Spring 2023, when the first wave of recipient artists will be announced.

The award is the first from BPI to recognise the achievements of artists across their entire career. The BRIT Billion total will include tracks the artist is the principal performer or featured artist on.

“This new blue-riband award will sit alongside our existing Certified Awards, giving artists and their label and management teams the special opportunity to celebrate outstanding UK career success in streaming, and the valued contribution they have made to British music,” Taylor continues.

The BRIT Billion award is part of the BPI’s 50th anniversary celebrations. BPI was established in 1973 and has been an indispensable part of the UK’s music industry ever since.

In 2021 alone, Dua Lipa had over 500 million streams from the UK, while Sam Fender had 270 million. Artists likely to receive the BRIT Billion award include its biggest stars like Ed Sheeran and Adele.

EU musicians are being exploited by US streamer contracts