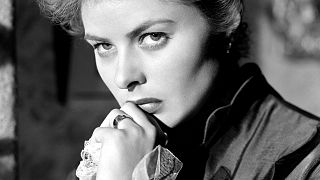 Merriam-Webster has chosen 'gaslighting' as its word of the year for 2022.

Searches for the word on merriam-webster.com increased 1,740% in 2022 over the year before.

Merriam-Webster’s editor-at-large Peter Sokolowski told AP exclusively ahead of today’s unveiling that lookups for 'gaslighting' were pervasive all year long. Typically there is a single event that drives searches, and this year, there was not one single event that drove significant spikes in curiosity around the word.

“It’s a word that has risen so quickly in the English language, and especially in the last four years, that it actually came as a surprise to me and to many of us,” Mr Sokolowski said.

“It was a word looked up frequently every single day of the year,” he said.

The word “gaslighting” refers to a form of psychological coercion, typically used by abusers in relationships.

Merriam-Webster defines it as the psychological manipulation of a person, usually over an extended period of time, that “causes the victim to question the validity of their own thoughts, perception of reality, or memories and typically leads to confusion, loss of confidence and self-esteem, uncertainty of one’s emotional or mental stability, and a dependency on the perpetrator”.

“There is this implication of an intentional deception,” Mr Sokolowski said. “And once one is aware of that deception, it’s not just a straightforward lie, as in, you know, ‘I didn’t eat the cookies in the cookie jar’. It’s something that has a little bit more devious quality to it. It has possibly an idea of strategy or a long-term plan.”

The word was brought to life more than 80 years ago with 'Gas Light', a 1938 play by Patrick Hamilton.

It birthed two film adaptations in the 1940s. One, George Cukor’s Gaslight in 1944, starred Ingrid Bergman as Paula Alquist and Charles Boyer as Gregory Anton. The two marry after a whirlwind romance and Gregory turns out to be a champion “gaslighter”. Among other instances, he insists her complaints over the constant dimming of their London townhouse’s gaslights is a figment of her troubled mind. It was not.

The death of Angela Lansbury in October drove some interest in lookups of the word, Mr Sokolowski said. She played Nancy Oliver, a young maid hired by Gregory and told not to bother his “high-strung” wife.