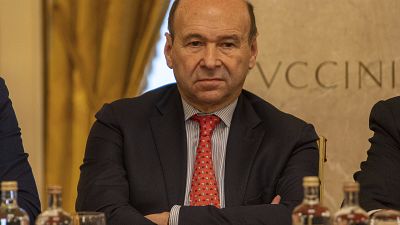 The institution pushed back against protests by Ukrainian officials who claim Russian culture should not be highlighted due to the Kremlin's invasion of Ukraine.

"It's a decision we took three years ago. It's impossible to cancel such a project, and why should we?", Dominique Meyer, general manager of La Scala, said at a press conference.

"In doing Boris Godunov we aren't doing the propaganda for Russian President Vladimir Putin. We need to see the difference between the actual political situation and Russia. This is a great masterpiece in the history of art."

Meyer stressed that La Scala was the first to cancel engagements by Russian conductor Valery Gergiev, who was conducting at the Milan opera house when Russia invaded Ukraine in February, after he failed to express a desire for a peaceful solution to the violence.

Written by Modest Petrovic Musorgskij and based on a play by Russian poet and playwright Alexander Pushkin, Boris Godunov tells the story of a Russian czar whose manipulation of power haunts both him and his family.

An official speaking for the Ukrainian consul general in Milan, Andrii Kartysh, told The Associated Press that the choice of Boris Godunov was seen negatively in Ukraine.

He said that the difficulty of reprogramming the gala season opener was understandable, but there was disappointment over “the lack of willingness” to consider it.

Russian culture in Georgia: Residents angry about presence of music in capital